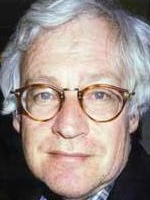 Two obits, one in the Gazette and one at Hour, about Henry Lehmann, a visual art critic who contributed regularly for the Gazette for many years (and before that, the Montreal Star) and CBC Daybreak.

Most recently, he was an art history teacher at Vanier College, where he died of a heart attack in his office on Thursday.

Though Lehmann stopped writing for the Gazette in 2008, many of his later articles are still online (on the old Gazette website). Among them:

And that’s just the stuff Google has over Lehmann’s last two years.

Lehmann was either 64 or 65, depending on what source you trust.