I was recently invited to appear as the guest on an episode of The Digital Life, a half-hour show on Radio Centre-Ville (CINQ 102.3 FM). Pre-recorded last Wednesday, it aired on Saturday afternoon and is available as a podcast on their website. I was asked about the origin of the name “Fagstein”, what I think of journalists who look down on bloggers, and a few other things. 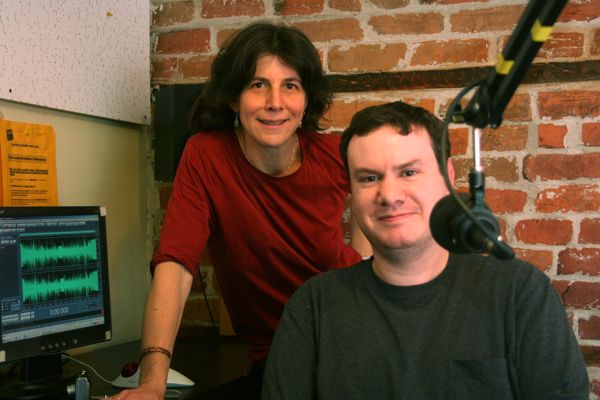 The half-hour went by pretty fast, even though there were no commercials or breaks for news, traffic and weather.

It was my first time at Centre-Ville’s studio (which, despite its name, is actually at St. Laurent and Fairmount – closer to a geographic centre of the city than downtown). I’d say it’s tiny compared to other radio studios, but I can’t really think of any big radio studios these days. 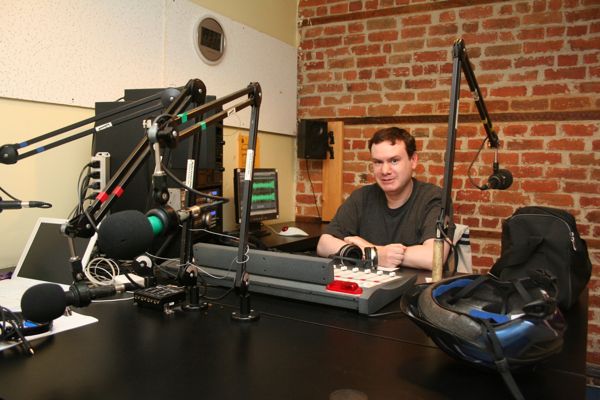 The show was recorded in the smaller of two studios – another down the hall used for live broadcasts has a much larger table and more microphones. But the quality was fine.

Reisa Levine and Mark Korman have been doing the show for about a year now, since the former hosts stepped aside (as tends to be the case for volunteer work). Levine works at CitizenShift (formerly of the NFB) and is a veteran media producer. Korman is the author of the Montreal Radio Blog, which is worth reading for locals interested in radio.

Recent topics covered include PodCamp and the Citizen Media Rendez-Vous. If you know what those are, this show is probably worth listening to.

I asked them why they do it. Why, when just about everyone is a social media expert and has their own podcast, they would have their own show on the subject and devote so much time at a community radio station that barely anyone can hear.

Levine’s answer was simple: It’s a labour of love. It’s the same reason I write this blog. You do it for yourself.

Makes perfect sense to me.

4 thoughts on “The lure of the Digital Life”