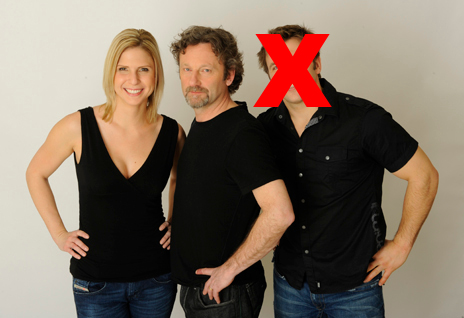 Apparently unhappy at being the only anglo music radio station to not make major changes to its morning show, CHOM has decided to drop PJ Stock, the former hockey player and Hockey Night in Canada analyst who joined the station a little over a year ago.

Also being scrubbed from CHOM’s website is Merv Williams, a supporting cast member on the morning show, but one whose presence had been felt more and more. Williams also contributed to CJAD’s Trivia Show, and that too has come to an end. (Unlike CHOM, which seems to be pretending like he never existed, the Trivia Show made it a point to note Williams’s departure on air, as you can hear from this clip (MP3).)

The reasons for the move aren’t known. Williams politely declined to comment, Stock couldn’t be reached for comment, and Program Director Daniel Tremblay hasn’t responded to an email sent over the weekend (I’ll update this if he does, but I’m not holding my breath).

UPDATE (March 15): The decision to can Stock hasn’t exactly caused a lot of commotion. No newspaper articles, no Facebook protest campaigns. The fact that Stock would join the crew only after 7pm, and often not at all because of commitments to Hockey Night in Canada and others, meant he was more of a part-timer on the morning crew than anything else. A lot of people, of course, just didn’t like the guy, and thought he was a poor choice for a radio host (the man he replaced, Ted Bird, isn’t among them – Bird suggested Stock be invited to be part of the show even before he resigned from it).

But the disappearance of Williams is being felt, despite not being a marquee name. Aside from the on-air tribute on the Trivia Show above, Williams also got a public shout-out from Bird on Twitter and Facebook, the latter prompting dozens of comments.