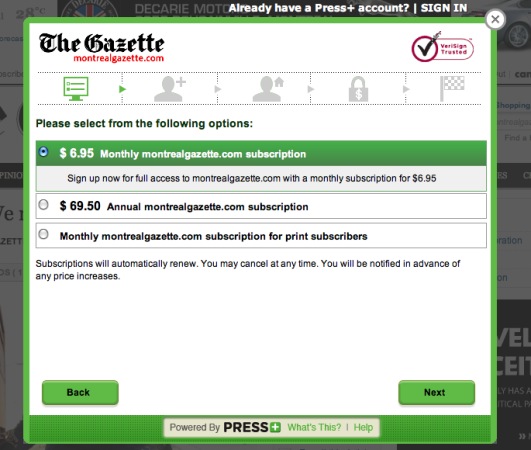 UPDATE: Some early reaction from Twitter. As you can imagine a lot of it is negative (or at least sarcastic):

The comments on the story on The Gazette’s website are even worse (and less grammatically correct), as are those on the Times-Colonist story. There’s also some reaction on The Gazette’s Facebook page.

UPDATE (May 26): Postmedia boss Paul Godfrey was on Toronto’s Metro Morning to explain the paywall deal. Summarized by J-Source.