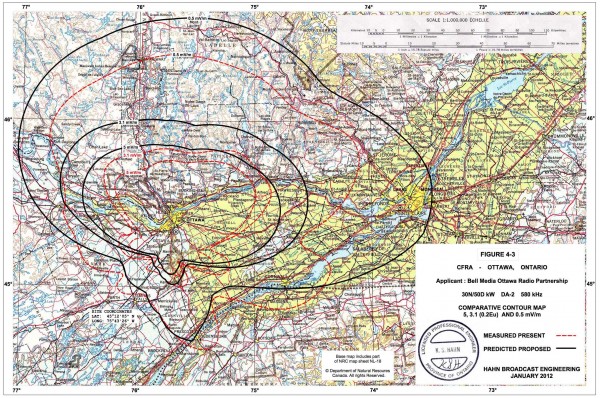 You might remember back in September, I told you about Ottawa’s CFRA 580AM, which had received CRTC approval for a nighttime transmitter power boost that would improve its overnight signal toward Montreal.

In short, CFRA convinced the commission that a power increase would help it with reaching Ottawa’s growing suburbs. And because there aren’t other stations on the same frequency, it’s not harming anyone to do so.

That transmitter upgrade is currently in progress. The station has been sending updates via Facebook and Twitter because the process involves turning off the transmitter at certain points overnight. It said the disruptions could last until the end of this week.