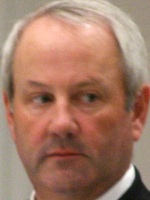 Wayne Bews, whose job as general manager of TSN Radio 690 was made redundant when Bell Media acquired Astral Media and CJAD’s Chris Bury was made its program director, will stay with the company.

After the departure of Tony Ecclissi last month, Douville said he decided to split the position of general sales manager into retail (local) and national sales. Martin Poirier, a senior account executive for more than a decade, takes over the national sales job.

“Wayne is a very well respected person in our market, he has close relationships with many of our clients,” Douville said of his new hire, noting that he has 15 years of sales management experience.

Mike Cohen, who first reported the news, quoted Bews as describing his new job as a “very exciting new challenge.”

UPDATE (Oct. 2): Cohen follows up with an interview with Bews.