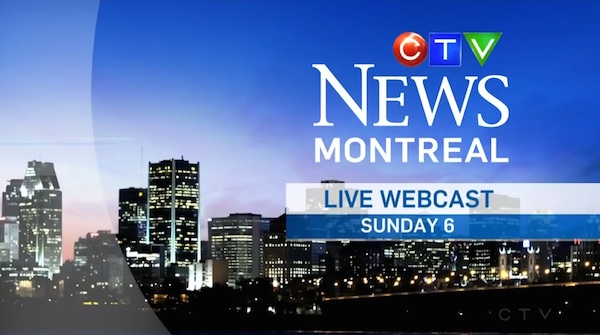 With CTV having the rights to 4pm Sunday NFL football games starting this season, the network is forced (or, well, is forcing itself) to pre-empt its local 6pm newscast on Sundays until mid-January for stations in the CDT, EDT and ADT time zones.

At first, it looked like CTV was going to air the local news after the football game, at 7:30pm ET, but now it looks like most stations are simply going to air SportsCentre to fill time until 8pm.

The situation varies a lot by market. In Atlantic Canada, there’s just the early game, so the Sunday newscast is unaffected. In Saskatchewan, Alberta and B.C., the late game ends before 6pm, so no schedule change is needed there. In Kitchener, Winnipeg and Northern Ontario, as well as for new CTV affiliate CKPR in Thunder Bay, the plan is still to air a local newscast after the football game, which will likely start late a lot of the time.

For CTV Montreal, whose Sunday evening newscast draws tens of thousands of viewers, they’ve decided to do a live webcast of the 6pm show starting tonight. (You can watch a cheesy promo of it here.) The webcast can be seen on their website, montreal.ctvnews.ca.

I haven’t seen any announcements about other CTV stations trying this.

This change also means that for Montreal, there will be only one local newscast in English at 6pm Sundays: Global. CBC airs its weekly Disney/kids movie Sunday evenings. It’ll be interesting to see if Global capitalizes on this to try to drive up viewership for that time period in Montreal, which is historically one of its weakest markets.

In Ottawa, viewers don’t even get the choice of Global. They have retransmitters of Global Toronto, City Toronto and CHCH Hamilton, and CTV Two Ottawa, which doesn’t have evening newscasts.

After the second week of the NFL playoffs in mid-January, the schedule will return to normal, and the 6pm Sunday newscasts will return.