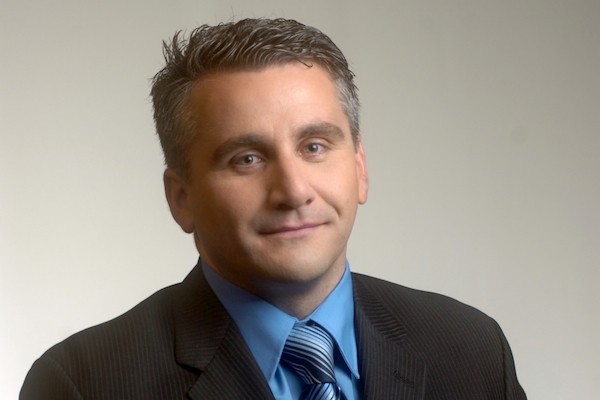 Is Domenic Fazioli an employee of Global News? It’s a seemingly simple question, but no one I’ve asked it to (including Fazioli himself) is willing to answer yes or no.

For about a month now, Fazioli hasn’t been seen on the air on Global Montreal. He hasn’t filed any stories, he hasn’t posted anything on Twitter, and his name and photo don’t appear on the list of personalities on the station’s website, even though he’s one of their most veteran reporters.

Even his colleagues don’t know exactly what’s going on. His desk has been cleared, and employees were told that a videojournalist would be hired soon to fill a recent vacancy.

Fazioli’s disappearance coincides with news coming out that he’s facing an assault charge brought on by his wife, first reported by the Montreal Gazette and picked up by a couple of other media including Global itself. The stories are not clear about the nature of the alleged assault and threats, which makes it hard to judge their severity, even if they turn out to be true.

My attempts to get information about Fazioli’s employment status has hit dead ends. The union won’t disclose his current status. A spokesperson for Global News said the company can’t comment on “internal personnel issues.” A message to the station manager didn’t elicit a response.

Reached on the phone, Fazioli himself responded “no comment” to all my questions, refusing to speak about the legal case or his status at Global. But he did say that his father’s health has taken a turn for the worse (in 2012, his father received a kidney transplant as part of an exchange that saw Fazioli donate one of his own kidneys), and that this has been a very difficult time for Fazioli and his family. He asked for privacy during this time. He added later that the situation with his wife was a “misunderstanding”, and that she supports him, without confirming whether the case has anything to do with him being off the air. (I haven’t spoken with his wife — I’ll let the court deal with sorting out that situation.)

Fazioli was noticeably distraught when I spoke with him. Whatever is happening, it’s obviously not good.

I had a discussion with a colleague recently about whether the Gazette should have published the story about Fazioli in the first place, which seemed to boil down to whether a local TV news reporter is a public figure. For obvious reasons, I believe they are. But even then I can acknowledge that whether to report on it is a judgment call. Domestic violence cases that don’t result in death or serious injury don’t get reported in the media because they are unfortunately far too common. And often they can be exaggerated (such as when a couple is going through a messy divorce). Often information that is public about a known personality because of a case in a court or tribunal isn’t reported on by the media because there’s no case to be made that it’s in the public interest.

But, of course, a TV reporter mysteriously disappearing from the airwaves has a more solid case behind it. If Global did remove him from his position because of this news coming out, there are questions that can be asked about whether that’s justified, questions that themselves may become public if that decision is itself challenged in court.

UPDATE (Sept. 4): All charges against Fazioli have been dropped. But it’s unclear if this means he would be able to go back to work. His lawyer notes that he remains married.

UPDATE (Sept. 30): A story in the Suburban blames the entire affair on an “individual” who has been harassing the family.

UPDATE (Oct. 31): Fazioli has a new job as a news producer at City’s Breakfast Television.

13 thoughts on “Did Global suspend or fire Domenic Fazioli?”