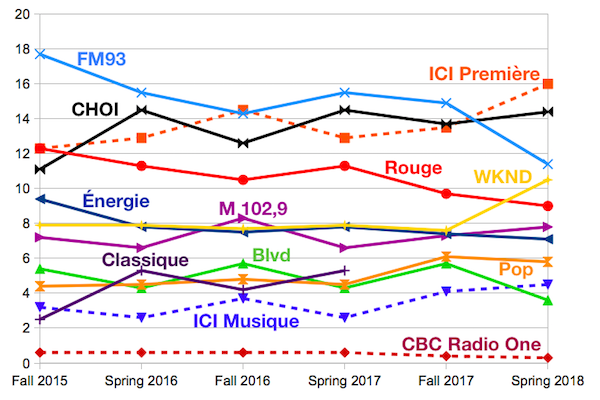 It shouldn’t come as big a surprise as some are making it, but ICI Radio-Canada Première is the top-rated station in Quebec City, both in terms of listening market share (above) and total listeners in the central market, according to data released by Numeris on Thursday.

Three talk radio stations — RadCan, Cogeco’s FM93 and RNC Media’s CHOI Radio X — have been battling for top spot for the past few years, and FM93 has come out on top recently. But in this ratings period (measured Feb. 26 to April 22), it suddenly drops to third. RadCan, meanwhile, climbs to first while CHOI remains mostly stable.

Among the music stations, another sudden shift means Leclerc Communications’ WKND jumps to top spot ahead of Bell’s Rouge FM, which seems to be in a long, slow decline. The remaining stations’ shares are mostly the same as they have been. (Note that, as in Montreal, Radio Classique stopped reporting Numeris ratings after last spring.) 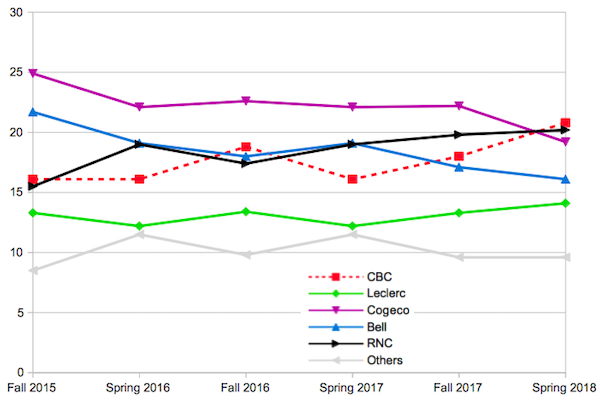 Perhaps more telling in the press release war is how the various ownership groups stack up against each other. Here we see Cogeco’s lead in the market has evaporated, but mostly to the benefit of RNC Media and Radio-Canada instead of Bell.

The Journal de Québec breaks down ratings for some individual shows and a roundup of comments from people at the various stations. 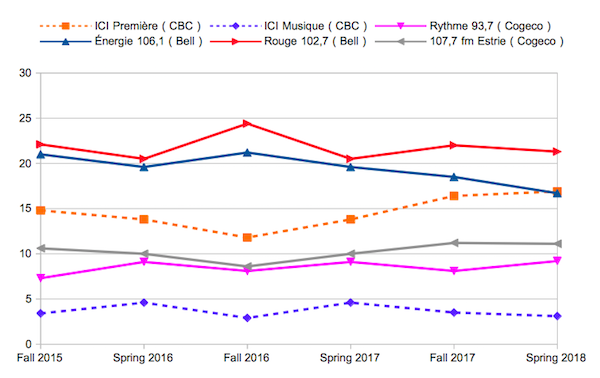 While Cogeco tends to do well in Montreal and Quebec City, in the smaller markets Bell’s Énergie and Rouge FM are more dominant. 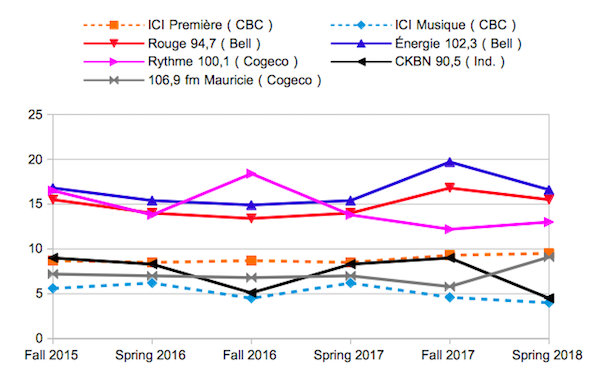 Rythme FM continues to trail the two Bell stations, but it was a good month for talk station 106.9. 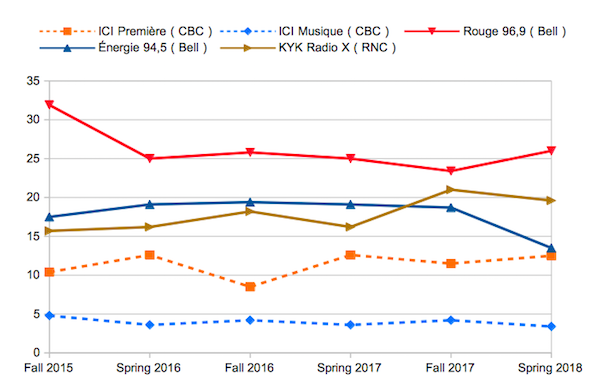 KYK Radio X, which is being sold to Cogeco, remains in second place behind Rouge FM as Énergie drops significantly. 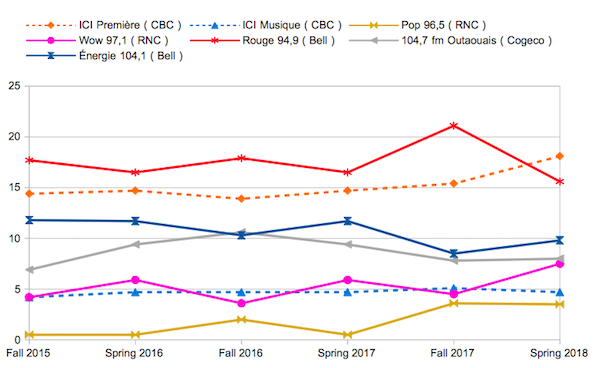 For clarity, I’ve only included French-language stations in this chart, though some of the more popular English-music stations have market shares around 5% among francophone listeners. Here as well, Radio-Canada has climbed into the lead in terms of listening hours, bumping Bell’s Rouge FM to second place.

Montreal radio ratings, which are measured quarterly by electronic meters, will come out on June 6.