Douglas Honegger, of Call-TV, to La Presse’s Hugo Dumas last month, in response to concerns that this awful, ethically questionable pay-to-play lottery show that aired during late nights on TQS might return to making awful gaffes when it returned to the network now called V.

And this week, they forget how to spell “Lionne”.

It’s official: the TQS disaster known as Call-TV won’t be returning to the airwaves.

The late-night infomercial, which I described as unregulated gambling when it debuted this summer, was a headache for the cash-starved network. The charges to people’s phone bills caused many complaints, and even led to a decision against it by the Canadian Broadcast Standards Council on the same day they renamed the network to V. TQS-V’s response was to disown the show, which is produced out of Austria along with similar shows for other countries, mostly in Europe.

Those of you who hunger for such television can, Richard Therrien points out, still watch Play TV Canada, which airs late at night on CIII Global Toronto and CHEK Victoria. For twice the price. 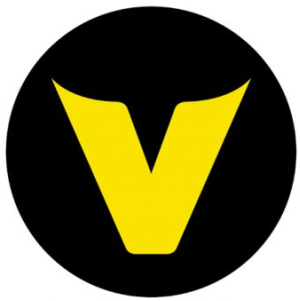 That’s what TQS is going to change its name to: V. Not Canal V, just V. This, after seven months of brainstorming, is the best they could come up with. The idea is that the network will have a lot of stuff starting with V, and so this links it all together.

I guess Canada has this thing about single-letter networks: E!, /A\, D and now V.

And yet, the same thing I said about “A” a year ago still applies: The name is ungoogleable, and therefore useless in a new media environment. Go ahead, put “V” into a Google News search and see what comes up. Compare that to TQS. If you think that’s a minor issue for a television network, you clearly don’t understand how the Internet works.

Even Remstar should have figured that out quickly. The website isn’t v.com or v.ca, but vtele.ca. That should have clued them in that their idea was flawed.

Besides, V is also the name of a bunch of other television networks around the world: the multinational Channel [V], Portugal’s Canal V on Cablovisao, plus all sorts of networks that call themselves VTV.

Maxime Rémillard and TQS’s PR team expect all the media will be talking about this in the morning. And he’s right, the story is everywhere. But in what is perhaps the worst timing ever, the news will be packaged (like in this Radio-Canada piece) with news that came out earlier Wednesday that TQS had violated the Canadian Association of Broadcasters’ code of ethics with unfair contests on its Call-TV program.

That story is being reported at Presse Canadienne, Rue Frontenac, La Presse and Le Soleil, among others.

The decision of the Canadian Broadcast Standards Council, which decides on complaints against private broadcasters, is available online. In summary, it takes issue with the fairness of the contests, particularly with one that asked callers to guess names that turned out to be anything but guessable: Pancho, Hakan, Gabor, Darko, Lamar and Nanno. (I’m not sure if those were chosen to be intentionally deceptive, or because the show is shot in Austria and the crew have no idea what names are common in Quebec.) It also said the program was not being transparent enough about its rules, which is especially a problem when people are asked to pay to take part.

TQS, for its part, didn’t put up a defence of the program. Instead, it absolved itself of responsibility, claiming Call TV was an infomercial, and wanted to pass the buck to creator Mass Response.

The CBSC rightfully called this suggestion ludicrous on its face, reminding TQS that broadcasters are responsible for everything they put on air.

But the CBSC also said it could only adjudicate stuff that was broadcasted, not the stuff that went on behind the scenes. It couldn’t comment on how people were charged for their calls, or whether they might have been overcharged. That, it said, was the responsibility of the government or another government-run body.

That’s one of two big problems with this decision: It doesn’t solve the underlying problem. This isn’t an issue of inappropriate content making it to air, or a broadcaster providing biased information during a newscast. This is an unlicensed overseas gambling operation masquerading as a quiz show to deceive people out of their money one dollar at a time. The investigation must be done by Quebec’s gambling authority, not the CBSC.

The other big problem goes to the heart of the CBSC itself. It’s one of those industry-self-regulation bodies, and so it’s in its best interest not to impose serious fines. Therefore, it doesn’t impose any fines or other serious punishment for such gross violations of its codes.

Instead, despite being found in violation of its own industry’s code, the only thing TQS has been mandated to do is air a short notice twice during the next week.

And presumably make Call TV more fair. Otherwise they might get an even more strongly-worded letter.

On Monday, TQS came out with its newest far-fetched idea: Call-TV, a daily 90-minute show in which people call in to win prizes. The reviews were unanimously unpleasant: Ridiculous. Tedious and repetitive. So bad it’s good. Frustrating. Worse than the Monsieur Showbiz reruns it replaced.

Oh, and it forgets how many Os are in Toronto.

In the current pathetic state of the mouton noir, it’s nice to see them go back to their roots as a low-budget network that’s willing to try anything and look pathetic doing it. I might even think of applauding it if it had been an original TQS idea instead of an Austrian creation (the show is even filmed in Vienna).

But there’s another thing that bugs me about it: you have to pay to take part. An entry fee of $1 per call or text to have a chance to win a prize (the show doesn’t take the first caller, but waits for a bunch of people to call in and then picks one at random).

Marketing contests and prize draws operating in Quebec and elsewhere are usually very careful about giving a “no purchase necessary” option in order to stay legal. Usually this involves sending a postcard or self-addressed stamped envelope, which nobody does because that costs money too. But for Call-TV, there is no option that forgoes payment. And since there is an element of pure chance involved, this should technically qualify as a lottery, no?

In the UK, the Call TV format was investigated to see if it qualified as gambling. The report didn’t make a conclusion, arguing that it was up to the courts to decide if this qualifies. (Even if it had reached that conclusion officially, the difference in laws means you couldn’t make the same conclusion in Quebec.)

Whether or not it successfully exploits a loophole in Quebec’s gambling law, or is even sanctioned by the government, it just rubs me the wrong way. It’s like a slot machine you can play at home. Is that really what you want in television?

At least, at $1 a call, compulsive gamblers can’t lose their life savings in 90 minutes.

UPDATE (June 9): La Presse’s Hugo Dumas did some calling to various government regulatory bodies (CRTC, Loto-Québec, Régie des alcools, courses et jeux, CBSC, Department of National Defence) and got responses ranging from “our lawyers are looking into it” to “technically it’s not our department”.