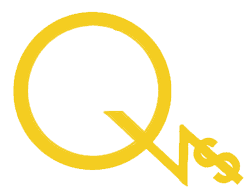 ‘Tis truly the season of giving. As if transit fare hikes wasn’t enough for you, Hydro-Quebec is also asking for fee increases: 2.9% starting in April.

The increase needs to be approved by the government before it can happen. That decision should come in February or March. 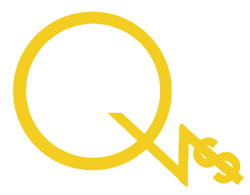 The Gazette today has an opinion by two rich-guys (only half of which is online) saying we need to privatize Hydro-Quebec, and that doing so would save our economy, provide better services, make Quebec debt-free, promote environmentalism, protect our children and program our VCRs.

Privatization is always promoted as the silver bullet. Because governments are big, bureaucratic monstrosities who don’t care about efficiency or innovation, replacing parts of it with the private sector is advantageous. Private companies are lean, mean, innovation machines who always make the right decisions, have no corruption and provide the best value to the consumer.

In some cases, it works. When the barrier to entry is low, customers are well-informed and competition is high, the promised benefits tend to present themselves, though never to the extent that is expected by economic theorists.

What’s unique about Hydro-Quebec in this situation is that the main problem these two guys see with the way it’s run is that prices are too low. Higher prices, they argue, would promote conservation and allow us to sell more energy to the U.S. and neighbouring provinces, who pay market rates for it.

This is absolutely true (and as Jay Bryan points out, lower prices help the rich more than the poor), but it’s an argument for a rate increase, not for privatization.

Public utilities are bad examples of industries to privatize because competition is extremely difficult. Creating an infrastucture network encompassing hundreds of thousands of homes (or, in the case of provincial utilities, millions) is a monumental challenge, and so these private companies have to rely on pre-existing networks. That means they have to come to an agreement with the companies that own the networks (e.g. Videotron for cable, Bell for telephones) and essentially become resellers, charging customers more than if they went with the original companies, and allowing the two to point fingers at each other when something goes wrong.

Of course, all this is irrelevant here, because these two economic giants aren’t proposing a competitive market. Instead, they propose to either simply sell Hydro-Quebec (creating a private monopoly, which is just plain stupid) or sell shares to parts of it (which would force them to turn profits over to investors instead of the government).

The other main argument is money: Hydro-Quebec is worth so much that selling it outright would completely erase the province’s debt and then some. We’d save billions of dollars a year on interest payments and be able to reduce taxes and increase services.

That’s a great argument, and particularly seductive, but we’re still selling the furniture to pay the rent. Getting cash now is fine, but if it ends up costing us more in the long run by having to pay through the nose to a private company for our electricity, then it becomes less of a good idea. Bryan agrees, pointing out that such a one-time payment isn’t very meaningful, because they’d lose a giant, profitable asset in the sale.

Finally, I’d like to draw attention to a particular paragraph which speaks to the heart of the privatization debate:

“With representatives of the new shareholders on the board of directors, maximizing the value of shareholders’ equity and selling electricity at the market price would lie at the core of Hydro-Québec’s mission.”

In other words, private interests would be concerned only with the bottom line, and willing to bend any envelope to get there. Whether it’s outsourcing to China, cutting customer service, using independent contractors with the lowest bids (so you can wash hour hands of the situation when it’s inevitably discovered they’re scamming people), hiking prices or cutting off those who aren’t profitable, the private sector will try to squeeze as much money as possible from customers for less and less service.

It sounds great on paper, but in practice it’s just a waste of time and frustration.

UPDATE: Le Devoir recrunches the numbers, and concludes that selling off Hydro would be a really bad idea.