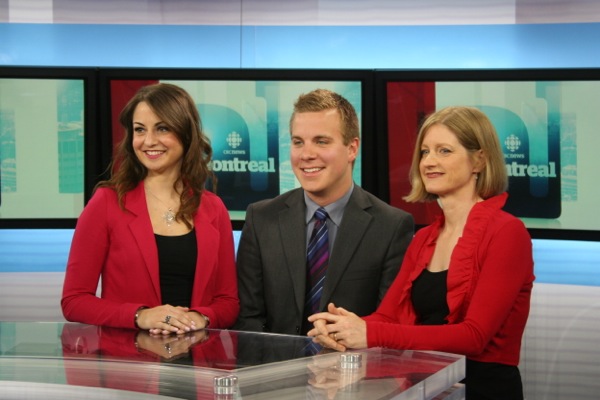 The departure of Catherine Verdon-Diamond, who is now doing weather at Breakfast Television on City, has resulted in a shuffling of staff at CBC Montreal. Verdon-Diamond was the weather presenter on the 11pm newscast with Nancy Wood for only a few months before getting the City gig.

Taking her place, officially as of October, is Sabrina Marandola, who was doing the weekend weather with Thomas Daigle. Her job, in turn, is being taken by Jeremy Zafran, who was doing traffic for Homerun on CBC Radio One. He will continue doing that job Mondays to Wednesday’s.

On the other days, Homerun’s traffic desk will be run by Jennifer Allen. Allen has been doing traffic at CBC for a while, mainly on Daybreak.