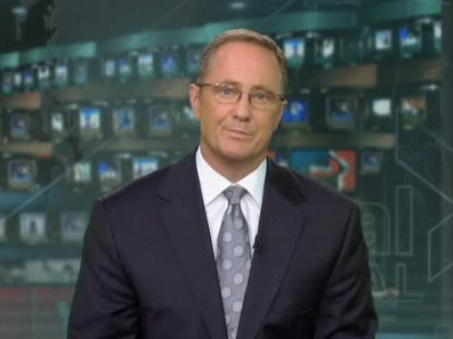 In my few years as a professional in the news business, I’ve been witness on a few occasions to retirement speeches. A gathering of staff over slices of cake, presentation of some parting gift, and a speech – sometimes emotional – by the retiree.

In most cases, it’s because the person has taken a buyout and retired early. They might have spent 20 years there, or 30, or even 40 or more. They’ve been present through so much change, developed so many memories, and their lives become so connected with their jobs that letting it all go becomes a watershed moment. The emotion is entirely understandable.

Hell, I’ve been through the process myself. As recently as January I sent a goodbye email to my fellow employees, letting them know that my contract had ended and I would no longer be a colleague. A goodbye party followed soon after. (Little did I know at the time that my departure would be for exactly one month instead of the forever I had imagined.)

But even keeping that in mind, I find it just a bit silly that Global National spent more than half its newscast on Friday (12 out of 22 minutes) on the subject of anchor Kevin Newman leaving the show after a whopping 10 years.

The videos are online in case you want to see them. There’s three minutes worth of tributes from politicians, fellow journalists, Lloyd Robertson, Peter Mansbridge and Charlie Gibson (all with Newman’s reactions in the bottom corner). There’s five minutes worth of memories from his days at Global National, reporting on the Sept. 11 attacks and the war in Afghanistan. And there’s the three-minute farewell at the end of the show, in which he almost starts crying as he thanks his family (the text of that statement is also online). Or you can just watch the whole newscast, which also includes some actual news.

Don’t get me wrong. It’s nice when these things are acknowledged. I enjoyed when CFCF gave veteran reporter Herb Luft a proper sendoff this summer, and when it brought back memories of Bill Haugland during his last newscast. But those seemed more heartfelt, more natural, and less scripted than Newman’s speech. And we were talking about people who spent all or almost all of their careers in one job (and who were actually retiring), unlike Newman. It just seems like Newman’s sendoff was more about his ego than anything else.

Maybe it’s because Newman anchors his newscast alone, and so in effect he had to say goodbye to himself. Kind of an awkward position to be in. Maybe it’s because to be a national anchor you have to have a giant ego.

I can’t blame him too much, because I also have a massive ego, and I’d take every chance to give a long goodbye speech on national television.

Still, if they spent 12 minutes on Newman, I can just imagine the show they’ll put on when Lloyd Robertson says his goodbye.

There was, of course, a news story to accompany Newman’s departure from the news service that split off from his employer’s company. It includes this telling quote from Newman about what it’s like at Global:

But the transition from seven years in a well-financed American newsroom wasn’t easy, he recalls: “I was accustomed to things working all the time because they were well-resourced. This show (Global National) has always been one step from the abyss every night, because it’s so early (it airs at 5:30 p.m., versus CBC and CTV’s 9 and 10 p.m. newscasts), it has relatively few resources, and the only thing that prevents our viewers from seeing it is the quality of the people behind the camera to rescue it every day. Over time, that’s stressful for the people who work on it, and probably helps contribute to the fatigue that I feel.”

It was meant, I’m sure, to highlight the hard work of his colleagues, but reads to me like Newman thinks Global didn’t invest enough in its television newsgathering.

Looking at our local Global station, whose newscast has always seemed like that forgotten stepchild that’s kept in the basement and fed just enough table scraps to stay alive and be a source of welfare money, I can just imagine what it’s like at other Global stations and Global National (even though they have much more funding).

The Global Television Network is now in the hands of Shaw Communication (pending regulatory approval). They have the power and the money to turn that around.

But I won’t hold my breath.