As the big guys were patting themselves on the back this week over the National Newspaper Award nominations, smaller newspapers in Quebec also got a list of nominations: for the Quebec Community Newspaper Association awards.

The full list is here in PDF format, but since we judge papers by the number of awards they are nominated for, let’s tally the numbers:

The clear winner in number of nominations is the paper with the best name: the LowDown to Hull and Back News. The Gatineau hills paper with the adorable publisher has 17 nominations and two honourable mentions. Surprisingly, Best Overall Newspaper isn’t one of them.

It’s a bit silly to judge these papers strictly on the basis of these numbers, but the disappointing showings from some former QCNA stars is worth noting.

The Quebec Chronicle-Telegraph, whose claim to fame is being North America’s oldest continually-running newspaper, was one of the few English media in the Quebec City region, and a strong community paper. But problems at the ownership level led to a fear that it would stop publishing, a fear that its fans hope is no longer necessary after a new owner came in in November.

The West Island Chronicle, meanwhile, is suffering after the departure of its editor and only reporter a year ago. The paper was among the leaders last year on the strength of their work before they left, but now it has become at best average as its young staff learns the ropes and reinvents the journalistic wheel.

(If you want some advice, by the way, having reporters paraphrase celebrity gossip rumours they found online like a poor man’s Doug Camilli probably isn’t an optimal use of limited resources, even if it’s attracting a bunch of junk traffic online.)

The QCNA awards are handed out May 27 in Vaudreuil.

UPDATE (June 1): The list of winners is out. The Suburban won five awards, including best overall newspaper. The Eastern Door won two, Your Local Journal four, The Nation three, The Equity three and Pontiac Journal two. 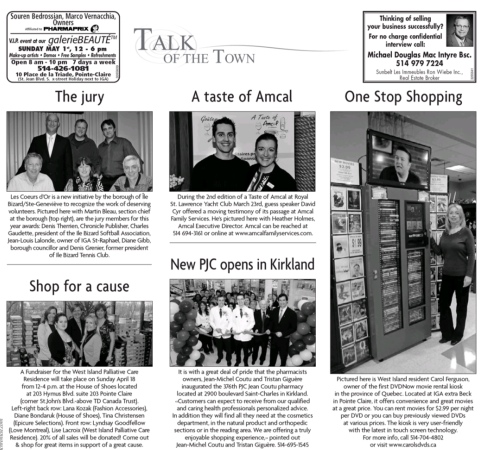 If you haven’t read it already, this piece by David Yates (former Gazette business editor, and one of my journalism professors at Concordia) is worth reading. It appears on Thursday’s Business Observer page in the Gazette, and takes direct aim at another newspaper, or perhaps more accurately its owners.

Yates sets his sights on the West Island Chronicle, which used to be much larger than it is now. Many eons ago, people used to pay to get it, it used to have a reporting staff. Now, he says, it “is barely a shadow of its former self, as are other community newspapers taken over by Transcontinental Inc. … almost indistinguishable from the advertising fliers for grocery stores and other retail outlets that it accompanies.

Yates doesn’t pull his punches. He accuses it of running advertorials, of running pictures of its publisher with advertisers to keep friendly with them, and of contributing to its own demise by slashing its quality and inviting competition. He says similar papers like the Westmount Examiner are doing the same thing, which is why we now have independent papers in Westmount and the West End.

This piece comes as the Chronicle is struggling to get back on its feet editorially. Just before Christmas, news came down that its editorial staff of two would be reduced to one with the dismissal of reporter Raffy Boudjikanian. Editor Albert Kramberger refused to be demoted to reporter and left the paper, leaving it with an editorial black hole.

(Since then, Boudjikanian has been seen heard working for CBC radio in Montreal, while Kramberger has had freelance pieces in the West Island Gazette.) 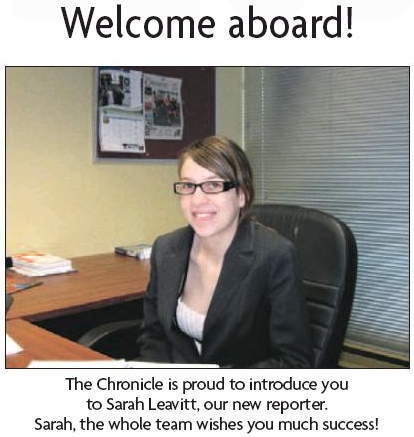 After a rough few weeks, in which stories were borrowed from other papers (some translated from Cités Nouvelles, which covers the West Island in French), they hired Concordia journalism student Sarah Leavitt as the new reporter.

“I’m going to try my best to bring the Chronicle into the Web 2.0 world and make it better than David Yates thinks it is,” she tells me, figuring out that my email inquiry about her new job was in part related to Yates’s piece.

Even without the dramatic staff turnover, the paper is struggling. People within Transcontinental agree with that (though, of course, they asked me not to identify them). People simply aren’t going to pay for a community newspaper anymore, and declining ad revenue means less money to spend on staff, which means the quality goes down, which means fewer people read it, which means less advertiser interest, and the spiral just gets worse.

Transcontinental is looking to fix that, in part because of competition from Quebecor. But the threat Yates talks about is from a mom and pop organization.

With the NDG Monitor reduced to online-only status and the Westmount Examiner barely worth reading anymore, newspapers have moved in to steal the readership. One is the Suburban, which publishes separate editions for the West Island, the central city and the East End. Two others are published by David Price, the weekly Westmount Independent and twice-monthly NDG Free Press. Both claim a distribution of about 13,000, have more high-end ads (mostly from real estate agents) and a lot more editorial content that ruffles feathers instead of placating businesses.

Yates’s suggestion about a similar thing happening in the West Island (where it would also go up against a weekly section of The Gazette) comes at the same time as a rumour that Price is starting up a third newspaper to focus on the West Island.

Price denies such a thing is in the immediate future. “Fun as that sounds, there is no expansion plan at this time,” he tells me.

As for those standalone photos of business leaders with the newspaper publisher, a Transcontinental insider tells me that the Chronicle’s “Talk of the Town” page and similar pages in other newspapers doesn’t involve a quid pro quo with advertising. In other words, there’s no requirement to buy anything to get covered. Instead, the purpose of the pages seems to be to allow the newspapers to tell businesses that “yes, we had something about your Subway franchise opening in the strip mall” without actually wasting a reporter on the story.

Whether that’s a big enough distinction for you is up to you. Smaller papers have a particular problem with keeping the walls between advertising and editorial separate.

All this controversy also comes just after the nominees finalists for the Quebec Community Newspaper Association awards are released (PDF), showing a lot of honours for the Chronicle’s two departing staff. Reporter Boudjikanian got seven nods, Kramberger one, and the paper a total of 12, second in total behind the Low Down to Hull and Back News (still my favourite name for a newspaper) at 17.

Though Leavitt is no doubt a capable journalist, it is expected that the paper will sink in quality compared to its peers over the next week or two as it re-establishes its institutional memory. The Chronicle, which has often been a dominant force at the QCNA awards, could come into them next year without making a very big splash.

Is there room for a new West Island paper with the Chronicle, Suburban and West Island Gazette already fighting over the anglo market? Have Trancontinental’s papers, like the Chronicle and Westmount Examiner, gotten so bad that there’s no journalistic value in keeping them going? Could a community paper that invests in staff become profitable before it’s run out of business?

Can the Chronicle be saved? And if it could, should it? 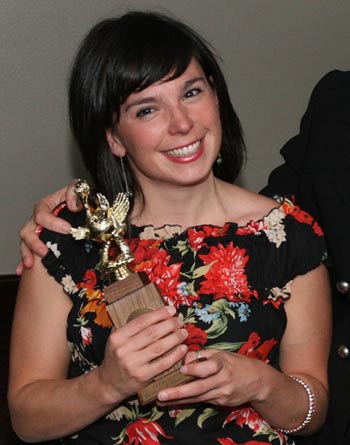 The Quebec Community Newspaper Association has announced its shortlist for the QCNA awards for 2007 (PDF), recognizing excellence in Quebec English-language community newspapers (both of them!)

Among the most nominated papers are the West Island Chronicle (who are of course very proud), the Sherbrooke Record, Nunatsiaq News, the West Quebec Post and my favourite-named paper the LowDown to Hull & Back News.