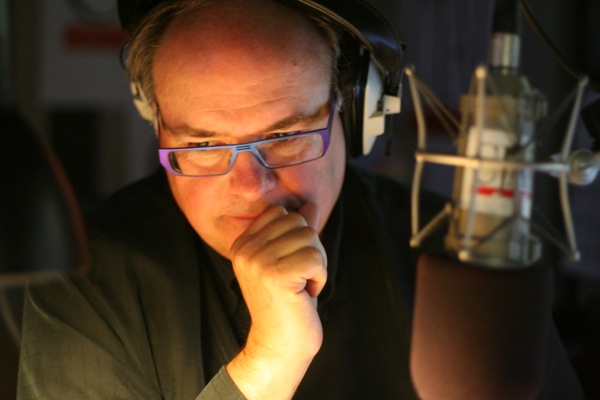 Ric Peterson, who hosted early afternoons, is out at CJAD.

A month after Chris Bury was named program director at TSN 690, in addition to the same role at CJAD, some veteran broadcasters are losing their jobs: Morning man Ted Bird has been fired from TSN 690, and mid-day hosts Ric Peterson and Suzanne Desautels have had their faces scrubbed from CJAD’s website.

My Gazette story on the changes is posted here.

“I wasn’t given a reason, only told that my services were being terminated. That’s all I can say for the record,” Bird writes me in an email. His Twitter account has disappeared as well, but he says he’ll be back “after the trolls finish their feeding frenzy.”

Desautels, who four years ago was let go from the Q92 morning show, sparking outrage from listeners, addressed her job change indirectly on Twitter Wednesday morning:

When life pulls the rug out from underneath you, time to get vacuuming. I hate housework.

Life is full of changes..that's what makes it interesting. Still part of the fabric of Montreal, every morning on CJAD.

She told me she will continue doing the weather for Andrew Carter’s morning show, and is taking over the Saturday morning travel show as well. That move means Sharman Yarnell is off that show and the station. “And this couldn’t have happened at a better time for me,” she tells me. “I am pursuing my travel writing career, as well as my new PR company A.C.E. (Arts, Culture & Entertainment) with Tracey Hill. This does not mean I won’t be back on radio, though!”

After a day of radio silence, Peterson posted this to his Facebook page on Thursday morning:

After more than 30 years of broadcasting in Montreal I thought my first day off the air would be one without much talking on my part. I was mistaken. I am very touched by the many phone calls and moved by the texts, emails, comments as well as the posts to my social pages. Your kind words are very much appreciated. It pleases me to know how many lives I’ve touched, thank you for listening. Some wise soul once said, “man maintains his balance, poise, and sense of security only as he is moving forward” I am looking forward to sharing my future adventures with you all.

Barry Morgan, who’s filling in for everyone these days, it seems, hosted the noon to 3pm show Wednesday on CJAD.

The cuts and changes also mean CJAD sports reporter Chantal Desjardins is out of a job. She made light of the news on Twitter and Facebook:

On the bright side, I won't have to PVR "The Young & The Restless" anymore…

Bell confirmed with me this afternoon that CJAD reporter Claude Beaulieu has also been terminated. Spokesperson Olivier Racette wouldn’t confirm how many jobs have been cut.

I’ve also heard from multiple sources that assistant CJAD program director Teri-Lee Walters is gone. But because she’s not on-air staff, Bell did not confirm that name. An email sent to her at work prompted an automated response saying it had been forwarded to Bury.

Bury wasn’t allowed to comment directly about the changes. All comment from the employer was filtered through Racette. Here is what he wrote to me in an email:

We are consolidating our Montréal-based radio stations in one location at 1717 René-Lévesque [E.] this week to improve operating efficiencies. We have made reductions in a number of positions that would have become redundant as a result of the move.

Additionally, the move provided the opportunity to make some programming changes, which will see the departure of TSN Radio 690’s Ted Bird and CJAD 800’s Ric Peterson, Sharman Yarnell, Chantal Desjardins and Claude Beaulieu. They are all highly-respected figures in Montreal radio and we thank them for their contribution to the success of both TSN Radio 690 and CJAD.

TSN’s move from its Greene Ave. office to the one at the corner of Papineau Ave. housing the former Astral stations took place Thursday morning at 10am. Shaun Starr and Elliott Price were the last people to broadcast from 1310 Greene.

Today woulda been 4 years.. it was a helluva run! will keep you all posted..

UPDATE (Sept. 12): Word has come out that TSN has cancelled The Franchise, the weekend morning show. Host Nick Murdocco says the show will continue, broadcast 8-10am weekends on MontrealHockeyTalk.com.

His co-host, Gary Whittaker, had this to say on Facebook:

Had a great 4 year run at TSN Radio working the weekend mornings, which has now officially come to an end. I want to thank everyone for their support since we started at CJLO. Definitely not over for The Franchise…sometimes you need to be pushed out of the nest in order to fly, and this is exactly what we plan on doing…taking off to bigger and better opportunities for us to make a full time career out of it.

Racette confirmed the news, saying “the TSN Radio 690 [weekend] morning show is headed in a new direction. Details will be announced at a later date.”

After 20 years in morning radio in Montreal, Aaron and Tasso is just Aaron.

CFQR a.k.a. 92.5 the Q a.k.a. Q92 Program Director Brian DePoe announced on Wednesday that two thirds of its long-running morning trio would be leaving the station: Paul Zakaib (aka Tasso Patsikakis) and Suzanne Desautels. No reason was given beyond a vague statement of making changes.

The Aaron and Tasso show began on CFQR in 1989, but their collaboration began years before that when they worked at CKGM and CFCF radio. The CFCF partnership ended in 1987 when management decided Tasso was no longer a good fit for the ratings-stalled show hosted by Aaron Rand. Later, when they were teamed up for Q92’s morning show and the ratings skyrocketed, the powers that be learned their lesson, and Aaron and Tasso stuck together throughout the 90s and most of this decade.

Considering the revolving doors of morning shows at the competition CHOM, CJFM and even CJAD, it’s astonishing that they stuck around for so long, cementing their names into the city’s consciousness. (I remember one morning a while back when a woman got a surprise call from the CHOM morning show – the hosts asked if she knew who they were, and she said “Oh, it’s Aaron and Tasso!” There was a bit of an awkward silence after that, but it demonstrates how they were the most recognizable of the morning teams.)

Desautels also hails from the old days of CFCF radio, where she started off as an intern in the early 80s. But she spent most of her career at CFCF television, as a weather presenter and co-host of its Travel Travel program. In 1999, when the budget axe fell there, she moved to CFQR as a news reader and has been there since, eventually moving to morning traffic and then recently as a full partner in the morning team.

So far, the plan is to keep Aaron Rand going solo, with a scaled-back morning show (less talk, more music). I can’t help but wonder if that may be an indication that the two-men-one-woman morning crew format we see on Montreal’s anglo music stations might be a bit excessive on the talent for these belt-tightening times.

Those who want to express their opinion on the dumpings can do so on the station’s Facebook page or by contacting management directly. (UPDATE: The station has shut down the discussion forums on its Facebook group page after being swarmed with comments about the programming change. Listeners are being asked to email PD Brian DePoe directly, presumably so negative comments are kept out of public view)

UPDATE: Coverage from CTV Montreal and The Gazette, both of which have been flooded with comments about the move.

Neither The Gazette nor CTV (nor I) have gotten any comment from the two fired personalities. Instead, Aaron Rand has been stuck in the unenviable position of explaining the decision of someone else to fire a good friend.

UPDATE (Aug. 25): Comments from Aaron Rand, who says he’s passing along people’s thoughts to Tasso and Suzanne, even while the two of them remain silent.