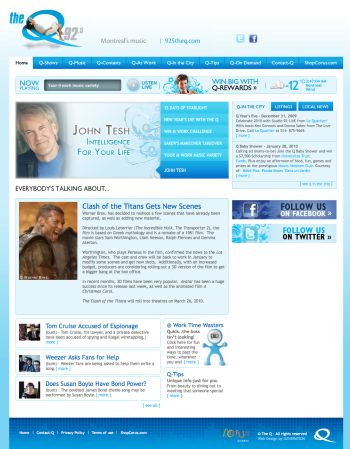 Only eight months after they rebranded themselves from “Q92” to “The Q”, CFQR has opened up its website to more interesting content.

There’s also a schedule, which has scrubbed the name of Tammy Moyer from her late-morning show. She hasn’t been fired, says Program Director Brian DePoe. Rather, she’s “taken a leave from the Q to deal with some personal life issues.”

As they await more “clarity” on the situation, the show is being hosted temporarily by Chris Reiser.