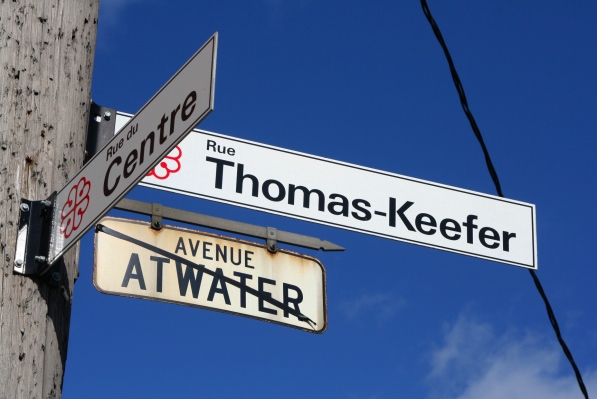 But that’s not what created duplicate street addresses. There are no street addresses in the Atwater Tunnel or in the approaches to it. Instead, the problem (which was the subject of a Montreal Geography Trivia question last year) was because the lower part of Atwater is in Montreal but the upper part is in Westmount.

In February, the city solved that problem by renaming a short stretch of Atwater on the south side of the Canal. Instead of Atwater Ave., it would become Thomas Keefer St., named after the 19th century civil engineer who had a hand in Montreal’s water works. 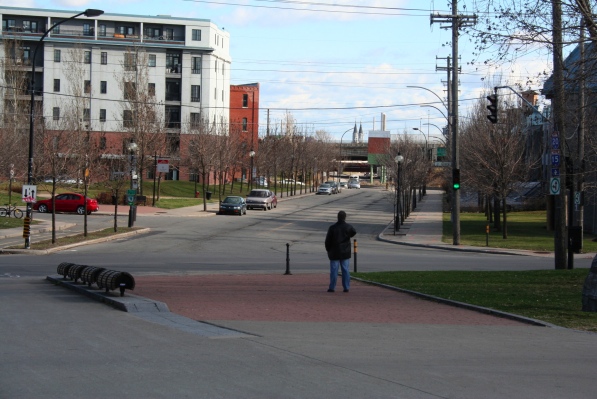 This solves both the duplicate address problem and the street doubling problem (now cars won’t take this street thinking it leads them to the upper half of Atwater). And only about 15 addresses would be affected.

A similar doubling on the north side of the canal still exists: the Atwater Market is bordered on three sides by streets named Atwater Ave. 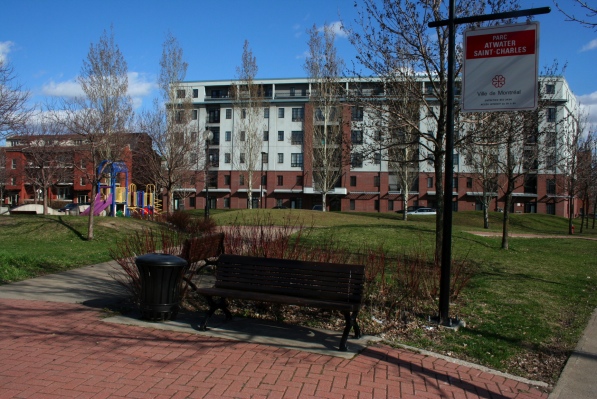 One minor quirk of this change is that Atwater Saint-Charles Park is no longer at the corner of Atwater Ave. and St. Charles St. But I guess people can live with that.

The thing that I find most interesting about this change is that, as a former Concordia student, the name Thomas Keefer has an entirely different meaning. 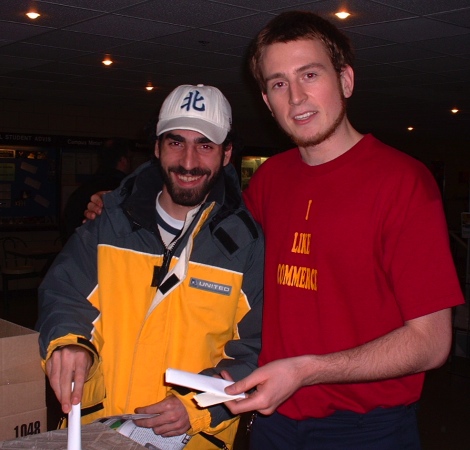 Tom Keefer was a Concordia Student Union politician, a devout anarchist and anti-capitalist who, unlike many of his ultra-leftist peers, actually had a sense of humour about it. He’s probably most famous for having been expelled from the university in 2001 along with fellow student politician/activist Laith Marouf in what became an excessively long battle with the administration.

While most would just accept the punishment and move on, Keefer fought and appealed his case, prompting hearing after hearing, right up to the level of the Board of Governors, who eventually ruled in their favour and lifted the ban.

My favourite memory is from one of his many hearings before a university panel, which is chaired by an external lawyer to ensure fairness. The lawyer followed a policy that allowed people to dictate how they prefer to be called (“Miss”, “Mrs.”, “Dr.”, etc.). Keefer took advantage of this and insisted he be referred to as “Comrade Keefer”. It was absurd, but entirely consistent with Keefer’s assertion that the proceeding was a kangaroo court and should not have been taken seriously.

Amazingly, the lawyer agreed and referred to him by his chosen honorific. For the duration of that hearing, he became Comrade Keefer.

Whether his antics improved student life at Concordia, of course, is another matter. He left the university before all the fun Netanyahu-related stuff happened, and moved out west to be with grown-up activists.

Now he publishes an activist journal and continues to annoy The Man. An interview with him about his publication was published this week at Rabble.ca.

It doesn’t refer to him as Comrade.