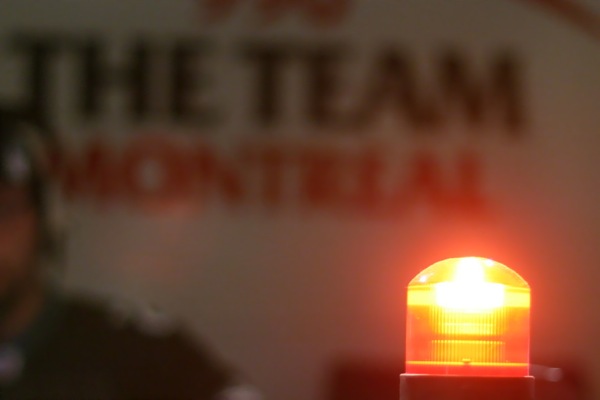 It was the worst-kept secret in the radio industry: Bell-owned Team 990 has secured the English-language radio broadcast rights to Canadiens games for the next seven seasons.

No financial details have been announced for the deal, but it’s clear that the station is putting some serious dough into this contract, because losing out again to Astral-owned CJAD was simply not an option. You can’t have an all-sports radio station that doesn’t carry broadcasts of the most popular sports team.

No announcement has been made about the play-by-play team yet, most likely because one hasn’t been decided. Still, rumours are spreading wildly, everything from Shaun Starr and Elliott Price to having the CJAD team move over to using the TSN play-by-play to bringing back Dick Irvin and the reanimated corpse of Danny Gallivan.

Okay, I made that last one up.

Though it’s great news that this little station that could has scored this contract, it’s a bit worrisome for critics of Canada’s media oligopolies. When Mike Boone wrote about the deal a couple of weeks ago, he said it was helped significantly by a deal Bell signed for regional English-language TV rights on TSN. Bell’s business agreements with the Canadiens are many (though Bell itself does not own the team), from the naming rights to its arena and practice facility to its French-language TV rights to mobile rights to broadcasts.

This deal takes Bell one step further toward doing with the Canadiens what Quebecor wants to do with a Quebec City hockey team and what Rogers wants to do with most of the professional sports coming out of Toronto.

There’s also, as one Team 990 personality told me during their recent 10-year anniversary party, the problem that the station might be restricted a bit in what it can say about the team. Doing impressions of Jacques Martin might not fly so well when you’re the official broadcaster.

Though it certainly can deal with not having the Canadiens easier than Team 990 did, CJAD is still going to have to find a way to fill hundreds of broadcast hours every season. And they’re going to have to deal with the loss of advertising that comes with losing such a big audience-getter. There’s no word yet on what they’re planning to do.

There’s a story in The Gazette and some discussion in the Radio in Montreal group.

UPDATE: Some comments from the peanut gallery on Hockey Inside/Out.