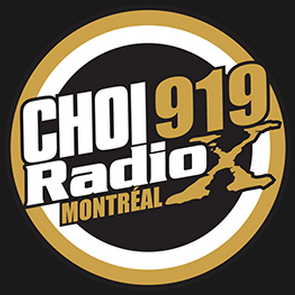 On Monday morning, at 5:30 a.m., CKLX-FM 91.9 officially rebranded from Planète Jazz to CHOI Radio X Montréal with sounds of jazz music getting interrupted and its heartbeat flatlined. The station has gone from smooth easy-listening music to opinionated talk during the week and rock music on the weekend.

Actually, Planète Jazz isn’t completely dead. The station’s license is still as a specialty station carrying jazz music, and 70% of its musical selections must be in the category of jazz and blues, according to its latest license renewal.

Owner RNC Media applied to the CRTC months ago for the station to change its license, saying a jazz-only station simply can’t survive in Montreal. The application received a lot of opposition from Montrealers who didn’t want the formula used by CHOI-FM in Quebec City imported to this city. (UPDATE March 14, 2013: The application has been denied by the CRTC.)

Whether deserved or not, CHOI-FM has a reputation as “radio poubelle”, a right-wing shock-jock station that appeals to the lowest common denominator. Much of that reputation is based on second-hand accounts of what airs on the station, and in many cases stuff that is years old, about former personality Jeff Fillion, for example. Though it has been investigated by the Canadian Broadcast Standards Council many times since then for comments by its radio hosts.

The opposition caused the CRTC to call a public hearing into the license amendment changing the station from a specialty jazz music station into a mainly spoken word station. The license amendment application will be dealt with at a hearing in Montreal on Sept. 10, the same hearing the commission considers the proposed Bell purchase of Astral Media, the conversion of TSN 990 from English to French, and the application for a new English news-talk station at 600 AM.

Until a decision is reached, CKLX will continue to air jazz music, weeknights from 7pm to 5:30am, and on weekends, except from 11am to 4pm when it airs rock music. Provided 70% of its music continues to be jazz, the station will still be respecting the letter (if perhaps not the spirit) of its license.

Though the switch was announced for 5:30am on Monday, it actually happened on Sunday at 11am, when the afternoon rock music show took over the airwaves. Planète Jazz listeners who still hadn’t heard about the change expressed shock and outrage on the station’s Facebook page. After 4pm, the station returned to jazz music until 5:30am Monday.

The new brand’s schedule is as follows:

Everything not in the shows above will continue to be jazz music.

UPDATE (Aug. 26): A petition has been started to convince the CRTC to keep Planète Jazz. It already has 1,500 signatures. Radio X has responded with its own petition.