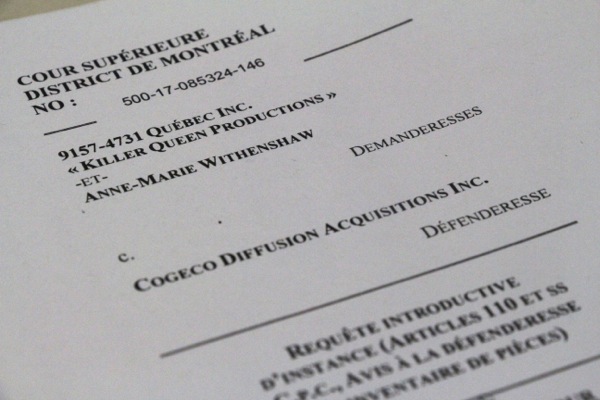 Listeners to 92.5 The Beat may have noticed that it’s no longer broadcasting its weekly All Access Weekend show with Anne-Marie Withenshaw, and that all evidence of her has been wiped from the station’s website.

Now we know that the station has decided to cancel the show as part of an apparent new direction in programming that involves on-air personalities being heard less and less. But what makes this story different from every other radio-personality-is-fired stories is that she’s responding with a lawsuit.

I explain the details of the suit in this story in the Montreal Gazette. Essentially, she and her company Killer Queen Productions are alleging that the station strung her along under false pretences after her contract expired at the end of August, making her believe they would renew her contract in order to prevent her from jumping to another station.

That allegation hasn’t been proven in court, and station owner Cogeco Diffusion will have a chance to present a defence.

Asked about the termination of her program, program director Sam Zniber said this:

Although we have enjoyed working with Anne-Marie and consider her part of our family here at The Beat and Cogeco Diffusion, we decided after some thought, that the show concept did not fit our new programming needs. As you may have noticed, we have brought some programming changes to the grid in the recent past. We decided not to make any formal announcement regarding this programming change. It was not an easy decision to make, given the number of years she has been with us and we hope we can work together in the future.

But when asked about the lawsuit, which repeatedly mentions Zniber and general manager Wayne Bews (who didn’t respond to a request for comment), Zniber refused to comment.

Withenshaw herself was also tight-lipped, as was her father and agent John Withenshaw, fearing they might prejudice the case. But I got the veteran personality to talk about the end of her show and what she’ll do now. 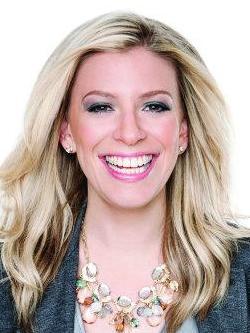 “I really really loved it, and I’ve been doing it for five years,” she said. She has plenty of other jobs, producing Chuck’s Day Off for Food Network and À couteaux tirés for CASA, hosting Pressure Cooker on W Network and being a panelist on ARTV’s C’est juste de la TV, in addition to various event hosting gigs. But the Beat show gave her an excuse to talk to big music artists. “It’s my favourite thing to do.”

“The question is more what am I going to do when artists come to town,” she said. When Taylor Swift came to town to be interviewed on Tout le monde en parle, Withenshaw got a chance to interview the big pop star, thinking it would air on All Access Weekend. When the show was cancelled, she ended up posting it on her SoundCloud page instead.

“I’m sitting on interviews now,” she explained, and is still getting calls from publicists offering interviews or show tickets for on-air giveaways, having to awkwardly explain what happened.

She’s still not sure what she’s going to do in February during the Grammy Awards. She’s already accredited to be there, but without All Access Weekend she wouldn’t actually be reporting for anyone.

Withenshaw has been dealing with music artists ever since she started in broadcasting in 1997. She worked at CISM, the Université de Montréal radio station, which got her a gig at MusiquePlus, then NRJ and CKOI, which put her in the same building as The Beat, where she began her show in 2010. Her CV also includes hosting Your Canadiens, that behind-the-scenes hang-out-with-the-players show that preceded 24CH, as well as Canada Day events in Ottawa.

All Access Weekend took a couple of days a week to put together, along with a few producers, Withenshaw said. According to the lawsuit, it paid her $1,000 per two-hour show, until the station decided to slash her on-air time to cram in more music, and offered her $550 a show instead (a cut she accepted). C’est juste de la TV keeps her busy the rest of the week during the fall-to-spring season, and she works on her other TV shows mainly during the summer.

I have no doubt Withenshaw will land on her feet (if she’s even falling), regardless of how this suit goes. But she may be persona non grata at Cogeco for a while, despite what Zniber says. Though it would be a shame if she couldn’t find an outlet somewhere for her celebrity musical artist interviews. It’s not like there isn’t demand for that.