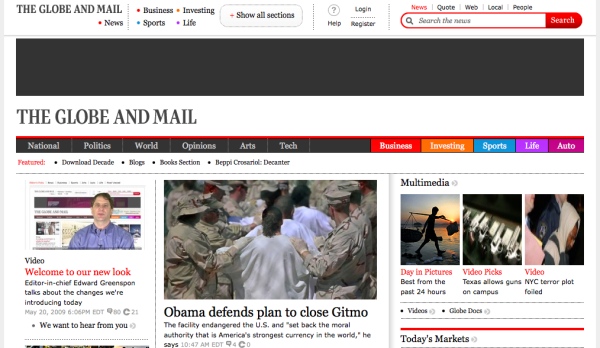 In case you haven’t noticed already, the Globe and Mail redesigned its website this week.

The site is excessively slow right now, which I assume is only temporary, but still quite embarrassing.

As if to underscore how little has actually changed, the video introduction by Edward Greenspon (which I can’t embed here but looks like it was shot in a basement in the 80s) talks a lot about how great the website has been doing but very little about what’s actually changing, beyond the “new nav bar” (exciting!) 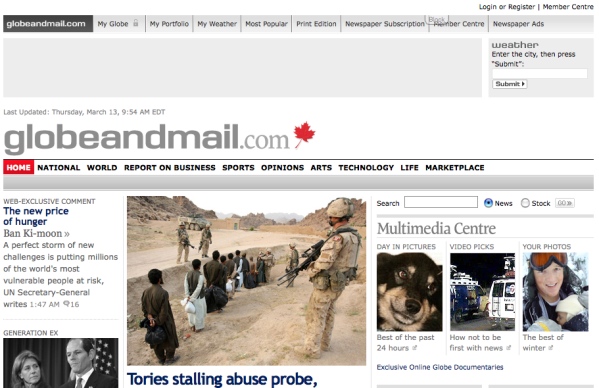 Among the changes from the old site:

But the most pretentious change is the name: It’s being rebranded from “globeandmail.com” to “The Globe and Mail”, because, Greenspon says, “it is the Globe and Mail and everything is integrated”. I can see the point (even if every newspaper says that and subsequently ignores it by spending 90% of its effort on the print edition’s front page), except Greenspon keeps referring to it as “globeandmail.com” and the video ends with the old brand.

Overall, I think it’s a positive change, if a bit over-hyped.