As we all know, because street address numbers on east-west streets begin at St. Laurent Blvd., any street that’s on both sides needs to be differentiated with “Est” or “Ouest”.

There are three four streets (by my count) on the island of Montreal that have “Ouest” versions, but no “Est”. At least, not anymore. Which are they, and what happened to the “Est” versions?

UPDATE: I’ve expanded the parameters to the island so as to include Boul. Dorchester Ouest, whiwch wasn’t on my original list. That expands the list to four, all of which have been correctly guessed below:

René-Lévesque Blvd. used to be called Dorchester, and it went well past St. Laurent. When the government decided to change the name after Lévesque’s death in 1987, Westmount balked and kept Dorchester for the tiny stretch within city limits.

There is a Rue Dorchester in Montreal East, which similarly is the extension of Rue René-Lévesque in Pointe aux Trembles. 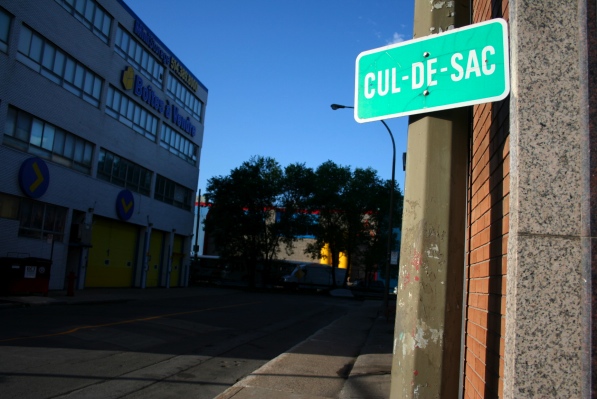 Beauharnois is debatable. There is actually a short section of it east of St. Laurent, which caused Rue Beauharnois to be split into East and West around 1978 (according to the Lovell’s directory). But there have never been any addresses on that street, nor are there any street signs with that name. 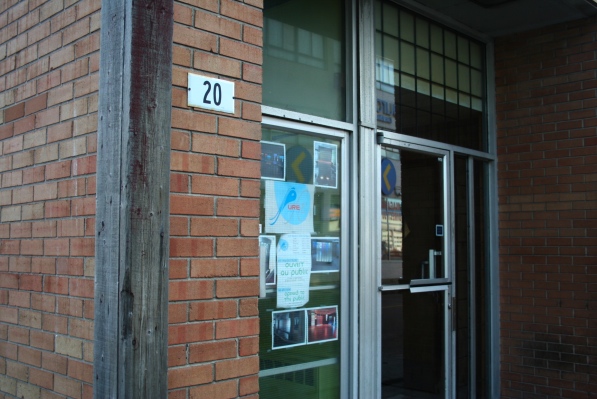 There is a single street address marked, for a company called Pure FX Design, but that’s just a side entrance. The actual address for that company is on St. Laurent. 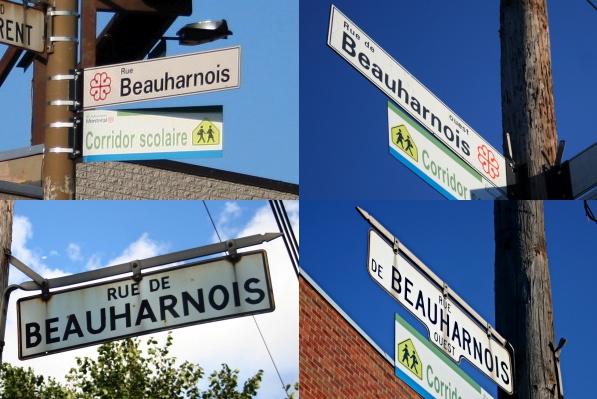 Even the city can't get the name right 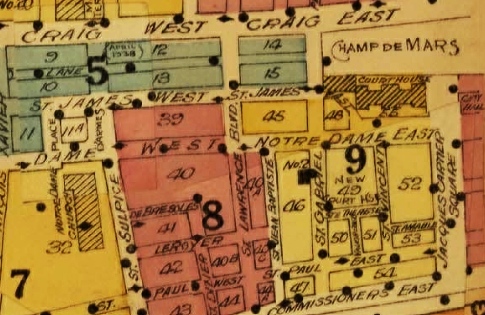 Formerly St. James Street (some hard-core angryphones still call it that), it extended eastward before the Palais de justice was built, making a quick right turn and ending at Notre Dame. The Commission lists only Rue Saint-Jacques now, but many signs and maps still have it as Rue Saint-Jacques Ouest. 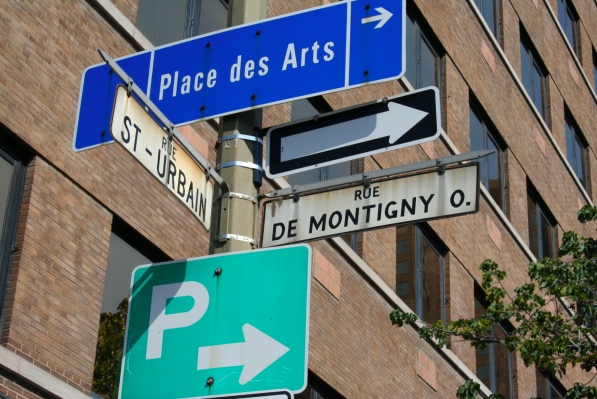 De Maisonneuve Blvd. is a creation of the metro system. Before the 60s, it was a bunch of different roads, including Western, Burnside and St. Luc. The largest part, from St. Urban to du Havre (formerly Harbour St.), was called Rue de Montigny. Since it passed through St. Laurent, it was divided into East and West. 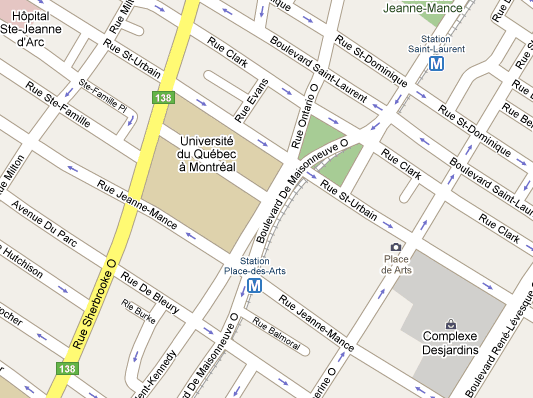 Rue de Montigny sticks out like an appendix from de Maisonneuve Blvd.

At the end of de Montigny, however, there was a problem: Place des Arts was in the way. So de Maisonneuve was rerouted to the north, taking an awkward curve right next to Ontario/President-Kennedy before lining up with what used to be Burnside St.

This left a short stretch of road between St. Laurent and St. Urbain, which kept the de Montigny name. According to the Commission de toponymie, it should be just Rue de Montigny. But as you can see from the sign above, it’s still de Montigny Ouest.

There’s also a Rue de Montigny in Montreal-Est, but that’s neither East nor West.

18 thoughts on “Montreal Geography Trivia No. 50”