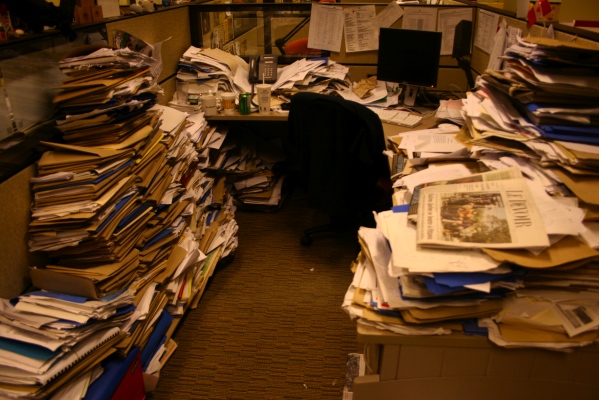 Reporter's cubicle is now off-limits to all personnel

Firefighters and other emergency services personnel were called in last night after inspectors declared a reporter’s cubicle violated 32 fire safety and other environmental codes and ordered it immediately sealed off.

Shocked that a human could live in such an environment for any length of time, a hazardous materials officer said his team would have to tread carefully into the danger area. There were reports of sounds emanating from the giant piles of papers that may have been from small creatures that have built nests inside.

There are also concerns that the entire area may be structurally unsound.

Police couldn’t say how long the cleanup would take, but not to expect anything for at least a few months.