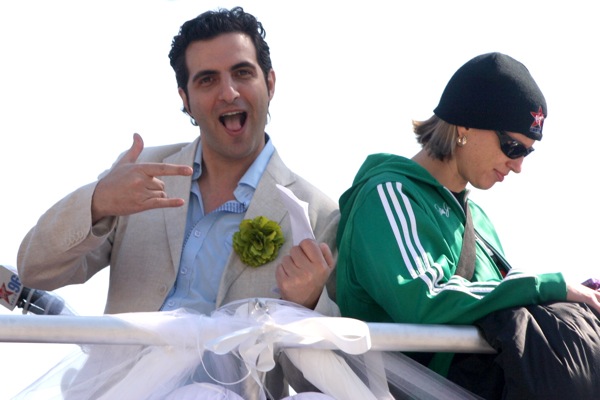 I just wrote a story about it for The Gazette, so rather than rewrite it for a blog post, I’ll just point you there.

I may have more analysis here later.

I wrote a brief story about Hour’s demise for The Gazette. You can read it here. 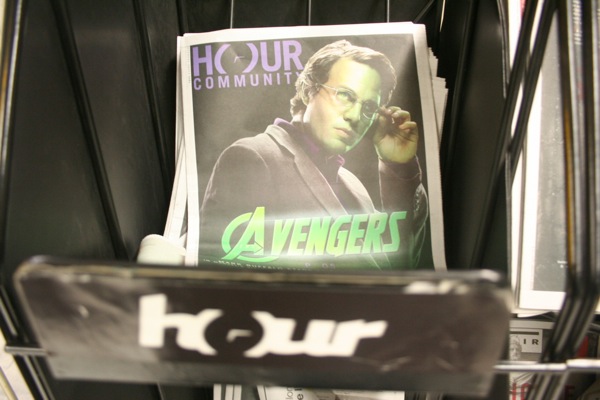 Hour died a year ago. But now they’ve made it official.

Word leaked out Wednesday night that Communications Voir was pulling the plug on Montreal’s second English-language alternative weekly newspaper, 13 months after a purge that saw everyone associated with the paper lose their jobs or regular freelance cheques. The paper was renamed Hour Community, got a new editor in Kevin LaForest, and crawled along with even less content and advertising than before. Near the end, the paper was embarrassingly thin, with few ads that weren’t from the government or from Voir itself. Its content consisted of little more than a column from Anne Lagacé Dowson and a handful of music and restaurant reviews.

The war was long over. In the end the question wasn’t about whether the paper would recover and compete with Mirror again, but whether it could pick up enough advertising by default that it could continue operating while spending peanuts on content. It’s perhaps fortunate for the journalistic industry that the answer to that second question was “no”.

The final columns from LaForest and Dowson are online. Neither makes mention of the finality of the issue. LaForest said he heard of the decision only late Wednesday afternoon. Dowson called the news “sad” on Twitter.

“We gave it our all,” LaForest wrote to me, “but, as you wrote a year ago, I guess there’s just no room for two anglo weeklies in Montreal.”

It was an anomaly that in a place like Montreal there would be two English-language alternative weeklies but only one French-language weekly, ever since Ici closed in 2009. Though LaForest and Dowson tried to breathe new life into the crippled publication, it was just a matter of time until it too was shown the door. When one paper has eight articles and the other has 42, it’s not even a contest any more.

Hour will be remembered as a place that acted as a breeding ground for many journalists and writers, from Josey Vogels to Linda Gyulai.

Now the question will be: Will Mirror profit from this and get a boost in advertising and readership that ensures its continued success, or is this another step in the death march of this form of media?

Also being terminated are the Saguenay and Mauricie editions of Voir. In the cases of the Saguenay Voir and Hour, the news came out via Twitter messages from staff. For the Mauricie paper, it came out only after the fact.

There has been no comment from Communications Voir aside from this statement, which gives no source. It blames the advertising market for not doing enough to support the papers. Former Hour editor Jamie O’Meara disputes that, putting the blame on management that just didn’t care about Hour once it was clear it had lost the war against Mirror.

A petition has been started to convince Voir to change it mind on the Saguenay edition. It has 300 signatures online.

You’d think this would be a pretty big story, but … it’s not. Of the three local anglophone newscasts, only Global even mentioned Hour’s demise, and that was a brief apparently based on the Gazette story. (It also posted it on its website.) But aside from some blog posts and a very small number of stories, the shutting down of a newspaper in Montreal was given little attention.

UPDATE: Saguenay Voir’s Joël Martel gives a proper goodbye column online, since the news came too late to make it into the paper. Now Martel is trying to use social media to help him find his next job, and has released a YouTube video and started up a Facebook campaign to help him.