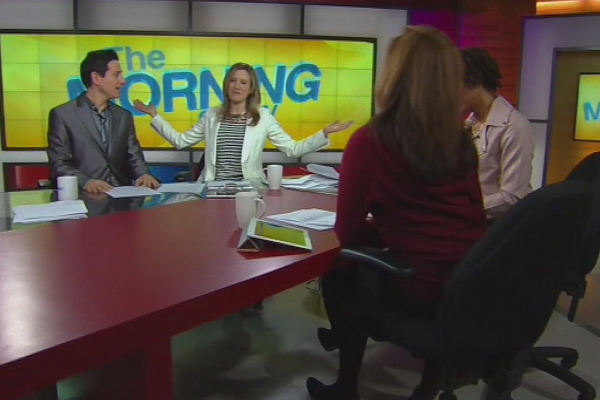 On Monday, Global television debuted its new national morning show. It was kind of a surprise announcement before Christmas (unlike the local morning shows in Montreal and Halifax, which we’ve been waiting for since 2010), and didn’t get a lot of hype.

Having watched the first episode, it’s easy to see why. Though the idea of something to compete with Canada AM sounds pretty exciting, Global’s national morning show feels like exactly what it is: A half-hour extension to the Global Toronto morning show that doesn’t offer much that would take people away from their laptop screens, recordings of the previous night’s shows, or reruns on cable.

Now, I’ll admit that a lot of what I don’t like about this show is the kind of stuff I don’t like about most morning shows: a lack of actual information and depth, and this idea that we care about the most boring aspects of the hosts’ personal lives or their impromptu, uninformed thoughts about the news. It’s one thing when banter fills the 20 seconds at the end of an hour-long newscast, but to base an entire show off of this sounds like a waste of everyone’s time.

But I’m obviously not the target audience for this show. I might feel differently if I was a stay-at-home mom who apparently wants to watch this stuff. 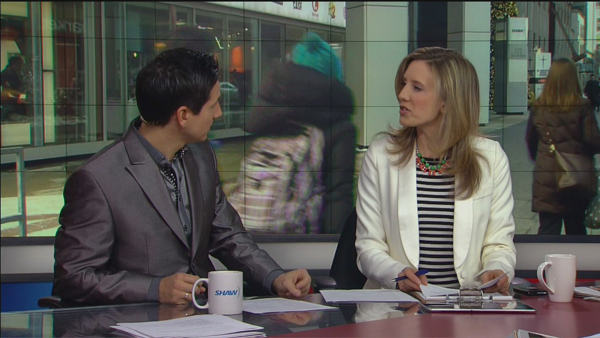 The show, hosted by Liza Fromer, Kris Reyes and Rosey Edeh, airs from 9am to 9:30am, after the local morning show. It airs live at 10am in Atlantic Canada (Global doesn’t have a station in Newfoundland), and tape delayed at 9am in Central, Mountain and Pacific time zones. When a local morning show launches in Montreal, this show will immediately follow it.

I kind of expected that, knowing the importance of first impressions, Global would have pulled out all the stops to ensure that this particular half-hour broadcast would be special. But all it had was chatting and two interviews with Canadian actors.

Here’s how it played out:

The show started off with host Fromer asking guest host Rick Campanelli how his weekend went. Then segued into Fromer having not been able to see Skyfall in a theatre because it was full (even though it’s been out for weeks), and a discussion about how “you can’t have a spontaneous night in Toronto anymore.”

Then it was on to the planned discussions, about the NHL lockout ending (and some commentary on player salaries being higher than they were a generation ago), a leaked photo of Justin Bieber smoking pot (with usual hypocritical trashing of celebrity gossip while at the same time talking about celebrity gossip), and a Hillary Clinton biopic (and who should star as her).

After the first commercial break, an interview with Arctic Air star Adam Beach, in which they talk about the show, about Yellowknife and how different from the rest of Canada the hosts imagine it should be, and a painfully bad attempt by Beach to explain the Idle No More movement.

Another commercial break, and (right after an ad for his show, which airs on Global) a pretaped one-on-one interview via satellite with actor Victor Garber.

One final commercial break, and we get to the social media part of the broadcast and a streeter about what people call unmarried long-term romantic partners. And that’s it. Show’s over. 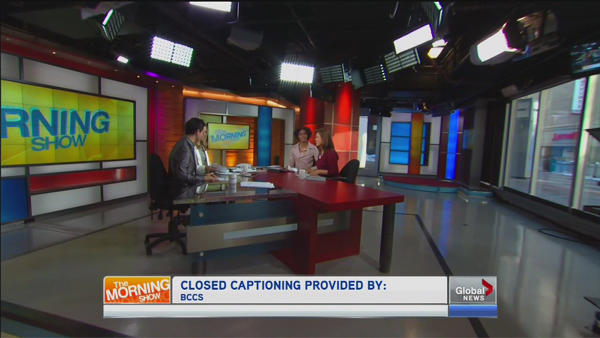 Technically, the show looks slick enough. It has a storefront location with big windows on one side and a giant screen behind the hosts on the other. It’s all in high definition, and with a real set.

The studio appears to be equipped with two cameras on jibs (they’re seen in each other’s shots), and it looks like the crew just got them because they play with them far too much. Jib and crane shots are fun because the camera appears to fly through the air like magic. But too much use and it gets disorienting. The fact that such a small set would have two of them (it’s not like they have a live audience or anything) seems excessive.

But that’s a minor thing. My issue is with the substance, not the style.

As if to drive home the point that this is a half-assed national edition of a local morning show, The Morning Show doesn’t have its own website. Instead, morningshow.ca simply points to the Toronto morning show, which notes that it has a “National” broadcast at 9. There’s no real distinction on their website or on their social media pages between the local Toronto show and the national one.

Maybe that’ll change. Or maybe the people at Global aren’t terribly aware how annoyed the rest of Canada is with how Toronto-centric their national television is getting.

Either way, though it’s nice that Global is increasing its original programming, and giving us something better at 9am than 100 Huntley Street, The Morning Show just doesn’t feel like it’s worth my time, and it’ll be hard to win me back after this first impression.

What do you think? There doesn’t seem to be any way to watch the full show online, but if you have seen it on TV I’m curious what you think of it and whether it’s worth your time.

The Morning Show airs nationally from 9am to 9:30am on Global Television (10am in the Atlantic time zone).

39 thoughts on “Global’s national morning show: Not worth waking up for”