Just as I was about to hit the hay late in the night, I started smelling some burning paper through my window. I ignored it at first but it began to intensify, so I went out onto my balcony and saw the street was filled with smoke.

I went outside to check out what was going on and I found this: 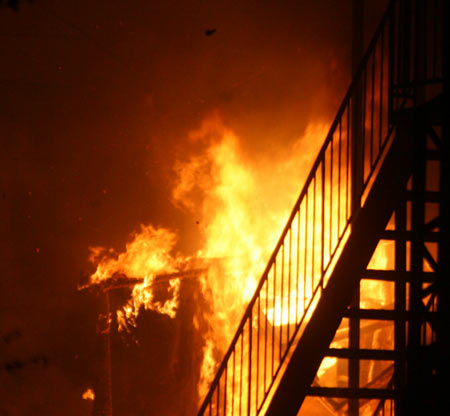 A fire broke out just past 3am at 370 Crémazie Blvd. E., near St. Denis St., in a space shared by Club Magnum downstairs and Studio 88 Swing upstairs.

Fortunately, because of the late hour, the bar was already closed and there was no one inside the building. There’s no word on what started the fire, but firefighters took a good look at the air conditioning system at the back of the building where the fire broke out. 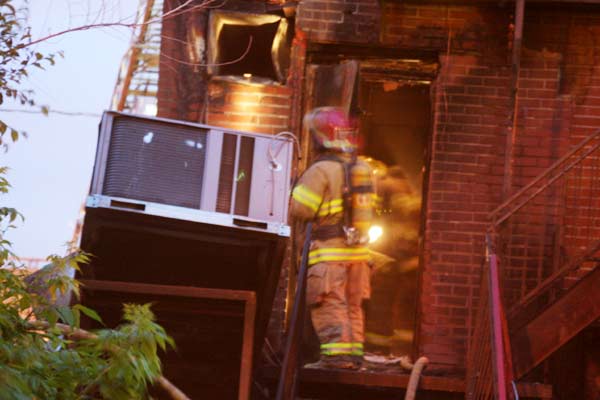 One thing I always find interesting when I stumble upon stuff late at night is the eventual arrival of the newspaper photographer or TV cameraman. In this case we had both: 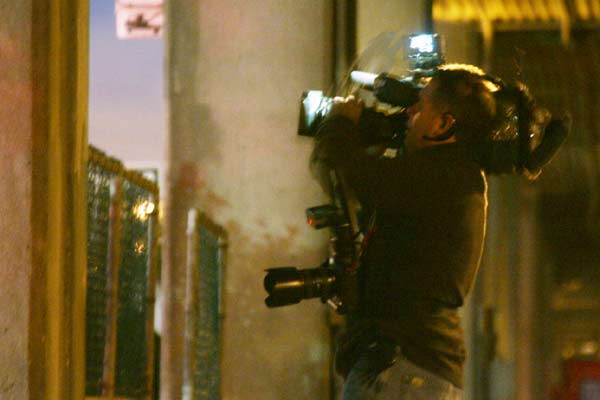 Some of the larger media outlets still keep people on standby at all hours of the night to take pictures of fires, car crashes and other routine-but-visually-appealing events that happen.

Did you know it’s illegal to barbecue on a balcony in Côte-Saint-Luc?

Apparently the law isn’t really enforced, and politicians are looking at ways to change it, according to The Chronicle’s Martin Barry (who uses three different spellings for “barbecue”).

(There’s also the point that fire truck ladders only go so high — which worries me because even propane-less apartments may need them someday — and that tanks are necessarily stored too close to the building’s doors and windows.)

Even if the laws are meant to stop real dangers, can’t we make them a bit more common-sense?