Shaw Media calls it innovative and transformative. Critics and the union calls it cost-cutting at the expense of local programming. What the CRTC calls it might become an issue.

Earlier this month, Global announced changes to the way it does local news across the country. The biggest one is that 11pm and weekend newscasts will no longer be anchored locally. Instead, an anchor or anchors in Toronto will produce local newscasts for the various local stations, customized for those stations and containing local news.

I get into the details of what’s changing in this story for the Montreal Gazette.

This is a step beyond what they did in 2008, when they centralized newscast control rooms in four broadcast centres (Vancouver, Edmonton, Calgary, Toronto) so that one team could produce several newscasts in a day instead of just one or two.

What we’re left with are newscasts that feature reports from local journalists and are presumably lined up by local staff, but where the anchor, weatherman, director and just about all technical staff are in another city. Can that really be considered local programming? 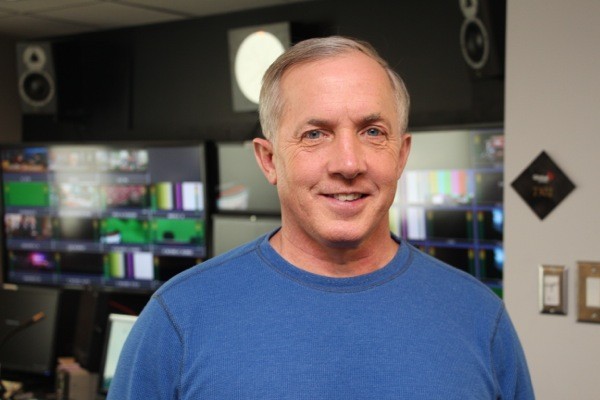 There are also changes to the morning show, which will soon feature eight-minute segments every half-hour produced nationally that will be identical for all markets. As a result, the morning show is losing three employees, including co-host Richard Dagenais.

The union representing Global Montreal employees isn’t happy. It sent out a press release last week (later corrected) that condemned the loss of local programming. Except for a couple of tweets, no one paid attention.

CUPE/SCFP tells me they will be watching the new shows with a stopwatch to see if Global is meeting its obligations to the CRTC, and will complain if they’re not.

Like all commercial television stations, Global Montreal has to ensure a minimum amount of local programming is aired. For stations in large markets like Montreal, that’s 14 hours a week.

Shaw also made a separate promise to create morning shows at least two hours long when it purchased Global from Canwest in 2010, and to keep them running until at least 2016-17, contributing $45 million to that cause ($5 million for Montreal). Because that’s a tangible benefit as part of a major acquisition, those 10 hours a week have to be in addition to the usual 14 hours a week of local programming.

If we consider Morning News, Evening News, News Final and Focus Montreal as local programming, including their repeats and best-of shows, Global is meeting that obligation of 24 hours a week.

But are they really local?

As far as I can tell, the CRTC only really got around to establishing a definition of local programming in 2009, when it established the since-terminated Local Programming Improvement Fund. In Paragraph 43, it decided on the following definition:

Are these late-night newscasts produced by local stations? Do they use local personnel? It depends how you define “produced” and “personnel”, I guess.

When Global first outsourced technical production in 2008, the unions complained then too, saying these newscasts were not really local. The CRTC didn’t see it that way,

In 2009, the commission decided that there was no evidence that Global was contravening its licence requirements by outsourcing production of local news. It confirmed this later that year in renewing the licences of Global stations, but said it “will continue to monitor the situation.”

There’s also a separate definition of “local presence”, which has three criteria:

Global’s new plan fits all three of these criteria, though the first might be arguable depending on how distinctive the newscasts really are.

Global points out that it’s not unprecedented to anchor local newscasts outside of the local market. Its New Brunswick newscast is anchored out of Halifax. Other small stations owned by Global and CTV have their local news produced out of neighbouring markets. And the CRTC hasn’t seemed to have a problem with that.

The CRTC will be reviewing its local television policy in the coming year, and this could become a central issue.

So how will this affect what actually goes on air? Here’s what we know:

Many details are still unclear, but here’s some things I’m predicting will happen:

One thing that’s unclear is who will be running the show locally nights and weekends. Global says it will commit to having a local person exercising editorial control over those newscasts, but setting aside how hard it is to effectively use that control when everyone is in another city and there’s enormous pressure to not be different from other markets, who will be the person doing this?

Under the current system, the only person in the newsroom for most of the night or weekend is the anchor. They’re handling assignment duties, lining up the newscast, and even calling the cops to get updates. Will there still be a reporter doing this? And if so, why not just have that person still act as anchor?

Global’s plan is clearly to focus on content over its container. But I think the company is underestimating the contributions that anchors make to their newscasts. It’s not a job that involves only 30 minutes a day of work.

How will the viewers react? Well, when your late-night newscast gets a couple of thousand viewers, you might ask if it even matters. And will they even recognize that their anchor is in Toronto, with little or no knowledge of the city he’s describing every night?

Or maybe it doesn’t matter. After all, TV newscasts are so 20th century. And Global is looking toward the future. Its plans for Global News 1, which ironically involve hiring a bunch of staff instead of laying them off, is a similar blend of national and local where the local resources are all gathering news instead of producing newscasts. But we’re still waiting for the CRTC to publish the application for that proposed service.

23 thoughts on “How local is Global’s plan for local news?”