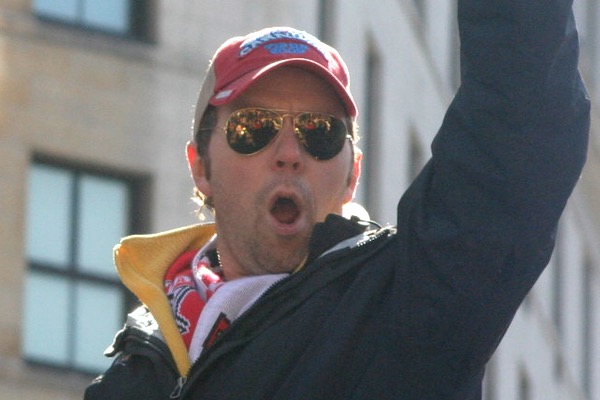 Half a year after being let go from CHOM as part of a larger bloodletting at Bell Media, Rob Kemp has landed at Cogeco’s 92.5 The Beat, where he’ll be in the company of many others he used to work in the same building with.

The Beat made the announcement Friday morning, saying he’ll be hosting the weekend morning show, 6-9am, “throughout the summer.” No specific start date is mentioned, but it’s “soon.”

Shaun McMahon, who hosts that show now, will be filling in on other parts of the schedule as everyone takes vacation.

But what about after the summer, when there’s less need for vacation fill-in? No word on that. Promotions Director Stéphanie Lagacé says they’re just focused on summer right now.

Then again, since they don’t know who the program director is going to be this fall, it makes sense not to think too far ahead.

Kemp is hardly the first person to leave Bell Media Radio’s home of 1717 René-Lévesque Blvd. (or Astral’s 1410 Fort St. before it) to move to Cogeco’s HQ in Place Bonaventure. The station has a habit, it seems, of stealing or picking up people from the other guy (particularly people at Virgin Radio). Among them: