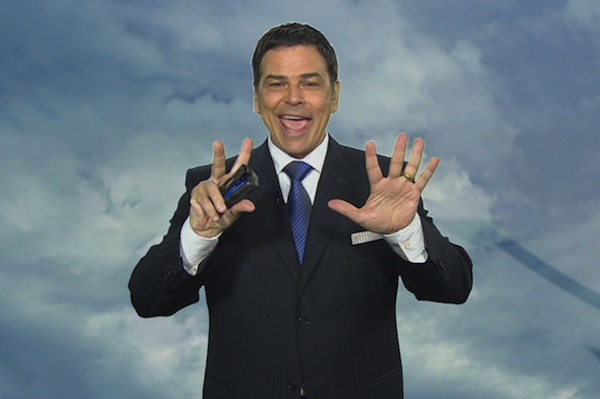 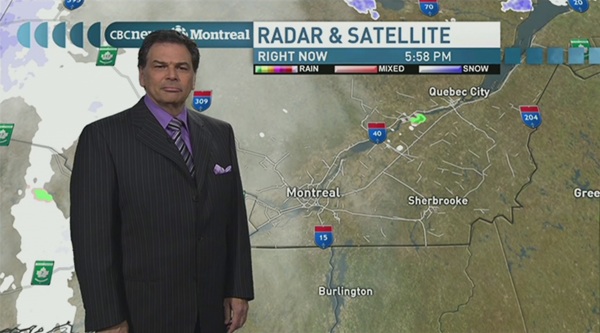 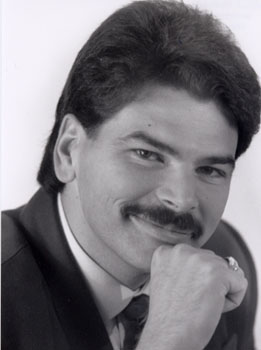 Frank Cavallaro, who was unceremoniously booted from CTV News Montreal when his contract wasn’t renewed on Dec. 31, has found a new job at their direct competitor CBC News. 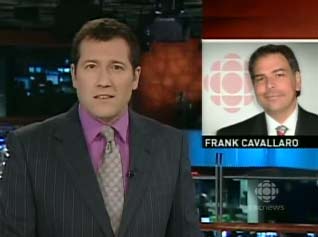 Michel Godbout announced yesterday on the Montreal evening newscast that Cavallaro will become their new “weather specialist” starting in a couple of weeks. He replaces Geeta Nadkarni, who moves to environment reporting.

Frank also announced the news himself on his new blog.

One advantage that being on CBC gives him is potential international exposure. CBC Montreal puts its evening News at Six on its website in Windows Media format.

The appointment gives Montreal viewers a choice, between experience and professionalism at CBC (well, as much professionalism as a guy associated with zucchini can have anyway) and cheery perkiness of CTV’s weatherbabes.

Which of these will Montrealers choose?

UPDATE (Jan. 30): Boone compares Cavallaro with Andrew Marquis, who died shortly after being stolen away by CBC Montreal from Pulse News.

According to Coolopolis, CTV weatherman Frank Cavallaro‘s days are numbered, thanks to a decision by management not to renew his contract.

But no matter his meteorological credentials or his mad witty-banter skills that he displays with other hosts, Frank has always been a polarizing figure, as evidenced by two Facebook groups: one praising his giant zucchini, another recommending his lynching, that are fiercely competing for membership (28 members in the former, 26 in the latter as of this writing).

Of course, with looks like these, the World’s Top Weather Presenter probably won’t be out of a job long:

The news also has a funny timing to it. Tomorrow is the one-year anniversary of the departure of Bill Haugland.

So who’s next off the island?

Here’s a quick cheat sheet of CTV News’s big personalities (hey, where’s Rob Lurie?), assuming of course that looks is your only criteria. It’s ordered by seniority, with the newest members on the left. I’m discounting lead anchors Mutsumi Takahashi and Brian Britt (lower left), since I’m pretty sure they’re set for as long as they want the jobs.

UPDATE (Dec. 21): The Suburban’s Mike Cohen has some career suggestions for Frank: either radio or a job at CBC.