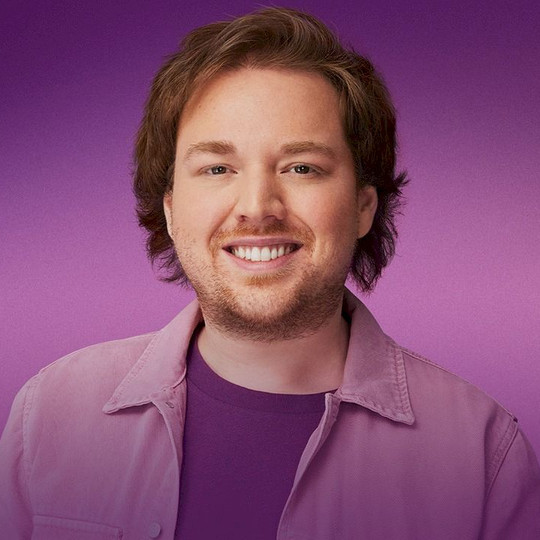 Jeremy White, the kid from Kahnawake who has been the evening host at The Beat 92.5 just about since its launch, is no longer at the station.

White tells me he left of his own accord and decided in November he didn’t want to work a shift that started at 7pm anymore, and the company wasn’t interested in letting him voice-track his show earlier in the day.

The Beat has already scrubbed all reference to him on its website and has the generic “MTL’s Perfect Mix” listed in his time slot.

White is still on Corus-owned Energy 93.5 in Toronto in the same time slot and his Jeremy White Show podcast/YouTube channel. He tells me that while he isn’t looking for other radio work at the moment, he’s open if someone wants to suggest another gig that can be voice-tracked. “But going to a station and doing a shift just ain’t in the cards anymore for me.”

Several people (including one of White’s former program directors at The Beat) have noted that White would seem to be a good fit for CHOM when you consider his more hard-rock musical tastes. But nothing has ever materialized on that front and there’s no indication anything ever will.

But if someone at Bell Media wants a new voice for a weekend rock station countdown show, one just became available.

It seems Tony Stark isn’t the only one going home. Jeremy White, the radio kid from Kahnawake who left The Beat for Virgin Radio in Edmonton earlier this year, is coming home to his old overnight shift.

Did things not work out in Edmonton? It wasn’t that, White tells me, but rather he just wanted to come back home:

Everything was great in Edmonton! The station, the company, the people. Some of the nicest folk I’ve ever met and will definitely remain friends with as well as some amazing times I won’t soon forget!

I’ll be 100% honest cause there’s no reason to lie and I’m sure there’s some younglings reading this that can learn something. I got to a point where I realized I wasn’t ready for the distance. I made the move at 19 years old thinking I was ready to take on the world, I wasn’t. And I have no shame in admitting that. I’m extremely close to my family, my little brother is 12 years old and he needs his big brother around.

(Beat Program Director) Sam Zniber got in touch with me at literally the perfect time as I was going to hand in my resignation at the end of August, I wanted to give Virgin at least three months and another ratings period cause I’m not one to just jet without notice. I’ve known of Sam for a while through some mutual friends and it was a shock to actually to hear from him! This is a world renowned radio guru. I’m extremely excited to get back on The Beat and soak up every piece of knowledge Mr. Zniber has to offer!

I actually announced my departure from Virgin Edmonton the day after Tony Stark announced he was leaving Virgin Montreal, you can only imagine the amount of messages I got asking when I was starting on Virgin Montreal! Which obviously isn’t the case, was never even on the table actually.

It’s going to be nice being back on The Beat, when Leo (Da Estrela, Zniber’s predecessor) gave me my one show a week when I was 17 years old on a Wednesday night, I never would have thought all this would happen.

I’m going to learn from all of this, stay humble and continue to learn the ways of the biz to master my craft. Anyone who knows me knows how passionate I am about this industry. Eddie Van Halen once said, “You don’t play music, you live it!” Radio isn’t something you do, it’s something you live! And I thank Andre St-Amand and Sam for allowing me to continue to my dream.

It’s not often I see that kind of honesty from a radio personality. White, who’s now 20, is still very young for what he’s accomplished so far in his career. And he wouldn’t be the first radio personality to sacrifice some career advancement to stay in Montreal.

White’s first shift back is Sunday-night-to-Monday. He takes the place of Thom Drew and Jimmy James Spencer, who have apparently been let go.

“Sadly my time at The Beat here in Montreal is done,” Spencer posted on Facebook on Nov. 20. “It was a great run (mostly) So onward and upwards and all that.” He’s currently looking for work and has posted airchecks here. 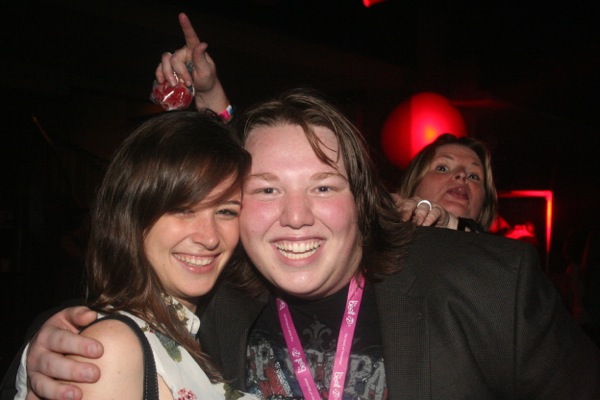 Jeremy White at The Beat’s first anniversary party in 2012. That’s CJ over his shoulder, and “hot fan girl” Amanda Kline on his arm.

As The Beat’s staff and selected guests were celebrating the station’s first anniversary under its new brand, I chatted with its general manager, Mark Dickie, and its program director Leo Da Estrela. Among the topics we discussed over the loud music was this guy, Jeremy White, an enthusiastic young personality out of Kahnawake who impressed his bosses with his work ethic.

If The Beat’s competitor had any sense, they told me, they’d have stolen White away from them and given him a job at CHOM.

They asked me to keep that to myself, since they didn’t want Astral to actually steal White away from them.

But now Dickie has moved on to another job, Da Estrela is preparing for his own departure, and White has finally been stolen by Bell Media.

The only catch is he won’t be working in Montreal.

March 31st marks the beginning of a new chapter! Chasing the dream to Edmonton and @1049VirginYEG! SUPER STOKED! :D pic.twitter.com/MpUGRqYAYr

Virgin Radio Edmonton announced on Wednesday that White has been hired as their evening host starting March 31. White relayed the news via social media early Thursday while he was still on the air at The Beat. He’s already overhauled his Twitter account with the new job info.

White has another week at The Beat before moving west.

The new job is a step up from his current one doing overnights at The Beat. (He briefly got bumped up to doing the evening job at the Beat after Paul Hayes left, to “give him some prime-time exposure,” and got bumped back when they hired Kim Sullivan. White also hosts the Saturday Party Jam on Saturday evenings.)

In short, it has a lot of work to do.

As you would expect, White says he’s excited about the new job, but will find it hard to leave Montreal.

Just add his address to the monthly shipment of smoked meat, bagels and poutine to Montreal expats in Alberta. 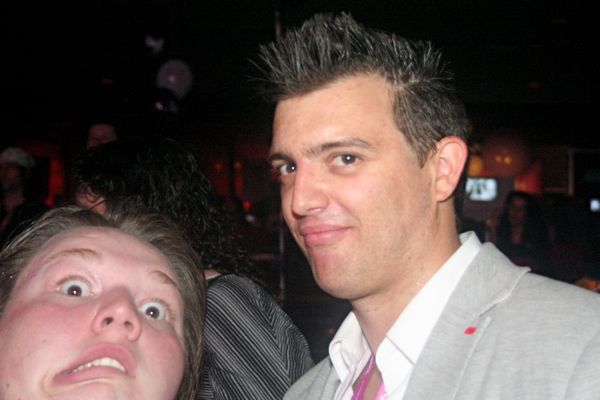