This marks the second provincial election campaign in which TVA has decided to separate itself from the consortium that organizes televised leaders’ debates and go it alone with a series of one-on-one debates.

It almost didn’t happen. Pauline Marois and the Parti Québécois said no at first, wanting to limit her to the other, more traditional debate that aired on Radio-Canada and Télé-Québec. But she later relented.

You might recall that the Sun News Network, which like TVA is owned by Quebecor Media, also aired the TVA face-à-face debates in 2012. Few people watched it on Sun News, but when a report about the debate that included two short clips were posted to Sun News’s website, it went a bit viral. The clips came to a total of about 23 seconds, and they were highlights picked by Sun News, so they didn’t show the worst parts.

Since the translated debates weren’t posted online, they might have been lost to history if not for one thing: I recorded all three hour-long debates on my PVR. And they’ve been sitting there ever since.

With the 2014 face-à-face debates only hours away, I recorded some clips from the debate and compiled them into eight minutes of highlights. The result is the video you see above.

A source at Sun News tells me that the network will air tonight’s debate, but that they have hired different translators.

I’ll be PVRing it anyway. Just in case.

TVA’s face-à-face debates air Thursday, March 27 from 8pm to 10pm on TVA and simultaneously translated on Sun News Network. It will also air on CPAC.

UPDATE: After posting the video to YouTube, I went in to clean the automatically-generated captions. But the captions generated for the debate clips were just so great that I couldn’t touch them. They include such gems as: 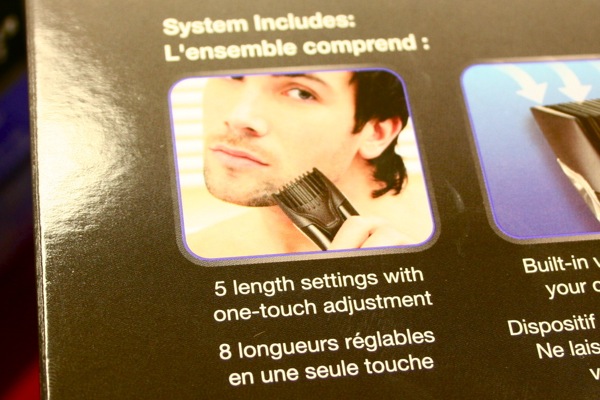 Man, francophones get all the breaks.

Journalists have short tempers when they’re under pressure. Fortunately those of us in print don’t have microphones capturing our frustrations. We also don’t have to worry about not realizing we’re live.

Via The Tea Makers.

As a copy editor and therefore grammar nut, I’m especially attuned to errors of grammar, spelling and punctuation. But I realize not everyone can be as prefect as me when it comes to proofreadign, so I’m willing to cut them some slack.

Crocs.ca, for example, the website of those awful-looking plastic shoes that everyone seems to love. I can forgive their awkwardly-phrased taglines like “men: that’s all you need!” or “lifestyle: every day with style” or “work: even at work!”

I can forgive their aversion to the use of capital letters, their tenuous grasp on the rules of proper hyphenation and their missing commas. 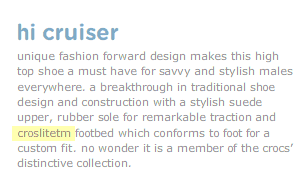 I can forgive small mistakes like neglecting to superscript the “TM” that comes after their trademark.

I might even, on a good day, forgive an accidental misspelling of one’s own trademark.

But when your business is creating “comfortable” shoes and you misspell “comfort” multiple times in prominent places right next to the correct spelling, that’s just unforgiveable.

I don’t know what world these people live in, but translation isn’t something companies should hire amateurs to do.

UPDATE: I just checked the website’s terms of use, which apparently doesn’t allow me to link to it:

you may not create links from other websites to this website, except if expressly permitted by the site owner. (to obtain permission, contact our website administrator at support@crocs.ca.)

Just for kicks, I’ve gone ahead and asked permission. I’ll let you know what their response is. The email was rejected by the server because support@crocs.ca doesn’t exist. 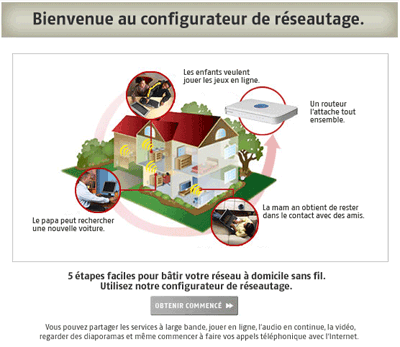 Yes, folks, they translated “get started” into “obtenir commencé”.

UPDATE (Nov. 22): A representative of Future Shop responds below (Comment #5, basically a cut-and-paste of what he sent Pat Lagacé), blaming a U.S.-based subcontractor for the bad translation job. He says the link to this page has been removed (in both languages) and the company has been asked to fix it.

I tried to send a message to the company (iGo Digital out of Indianapolis, IN). But when I filled out their contact form (the only electronic way to reach them), I got this:

Blaming subcontractors is becoming a more common tactic for big companies, I notice. It absolves them of responsibility when those subcontractors cut corners. If the error is bad enough, they just cut ties with the company and find a new one.

I don’t doubt that an Indiana-based technology company would fail horribly at translating a web page (apparently resorting to some sort of automated translation). But why doesn’t Future Shop have proofreaders? Surely someone there must have at least looked at the page in question before it went live?