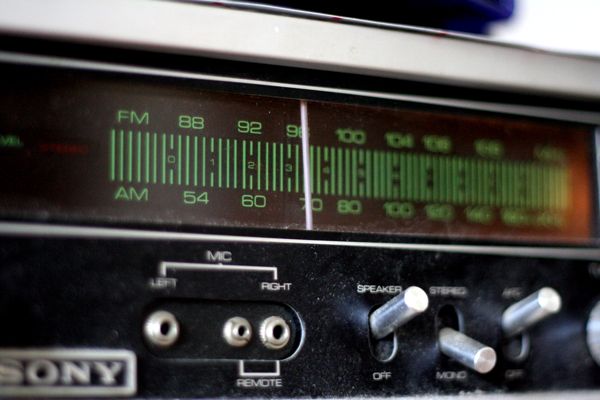 In what is believe it or not considered an expedited process, the CRTC begins hearings Monday on five applications for the vacant frequencies of 690 and 940 kHz for commercial radio stations.

This story, in The Gazette on Saturday, gives the skinny on what the CRTC will be deciding. (Bonus points if you correctly point out that the file photo attached to the story is of the Mount Royal tower, which has no AM transmitters. Now get a life.)

Quick history lesson: These frequencies belonged to Radio-Canada (690) and CBC radio (940) for more than half a century, until both stations moved to FM (95.1 and 88.5, respectively) in 1998. A year later, what was then Metromedia launched Info 690 and 940 News on those frequencies. Both stations struggled, 940 in particular, for the next decade. Two format changes (news-talk with “940 Montreal” and then automated music with “940 Hits”) later, then-owner Corus put both out of their misery, shutting them down. They’ve been silent ever since.

Fast-forward a year and a half, and Cogeco, which bought Corus Quebec – including the unused transmitters – announces a deal with the Quebec government to run all-traffic stations in French and English, to the tune of $1.5 million per station per year. The deal requires the stations to be running by Oct. 31.

The CRTC application was supposed to be a simple thing, with approval easily acquired by the deadline. The frequencies had been unused for a year and a half, and it had been a year since the licenses for CINW and CINF were revoked, but there were no applications to use them. While the FM band is saturated in Montreal, there are plenty of AM frequencies that sit silent (600 and 850 are two other examples) because nobody wants them.

But the CRTC got quite a few interventions demanding an open call for applications. The CRTC agreed, and set a hearing date for Oct. 17.

Judging that far too late, Cogeco shut down CKAC Sports and replaced it with their French all-traffic station on Sept. 6. They subsequently withdrew their application for 690 AM, figuring they’re unlikely to be awarded a fifth French-language radio station in Montreal.

The agenda for the meeting has presentations from all these applicants on Monday, and support/opposition debates on Tuesday.

Scheduled to appear are, among others:

On Tuesday, the presentations will get responses, mostly from the other applicants. (Astral Media, which owns CJAD and four music stations in the city, is certainly following this, but isn’t appearing at the hearing.) Radio Fierté and TSN Radio each have four supporters offering testimony to the hearing.

You can read all 226 interventions (many are repetitive, thanks to campaigns by TSN Radio, Cogeco and Dufferin to have people write to the CRTC, in many cases using form letters). All are on the record even if the writers aren’t appearing at the hearing.

The only intervenor appearing independently is Sheldon Harvey, the moderator of the Radio in Montreal group. Harvey submitted multiple interventions, supporting the applications by Tietolman-Tétrault-Pancholy and opposing those of Cogeco and Dufferin (he didn’t submit an intervention regarding TSN Radio). Harvey deemed the 50,000 watt clear channels “overkill” for an all-traffic station, and proposed Cogeco operate CKAC 730 bilingually instead. He also said a clear channel was “overkill” for Radio Fierté, and recommended they use another vacant frequency.

The deadline for interventions passed weeks ago, so the CRTC won’t be hearing any new opinions on these applications, but

The hearing takes place Monday and Tuesday, starting at 9am, at Delta Centre-Ville, 777 University St., room Régence AB. Audio from the hearing can be streamed online via the CRTC website. You can listen to the direct floor audio here or an English translation here.

*CORRECTION: Dave Simon of Ringside Report emails me to say it’s not him who’s appearing at the hearing. It’s actually another Dave Simon who works at Bell Media Radio. That is, unless there’s a third Dave Simon associated with TSN Radio. Only Cogeco provided titles for the people appearing with them (Tietolman/Tétrault/Pancholy has what companies they work for), hence the possibility of confusion in case there are other cases of people with the same name.